The difficulties of making sustainability affordable

Virtually all the top multinational firms and especially multinational retailers declare support for sustainability policies around the world. But few can actually deliver on this.

The case of Walmart’s efforts to be a leader in affordable sustainability is incredibly telling about the strengths and weaknesses of sustainability strategies and how companies struggle to reconcile the traditional “bottom line” with the new “triple bottom line.”

Andrew Spicer, an international business professor at the Moore School, has developed some cutting-edge research on sustainability and affordability and specifically on the Walmart experience. With his co-author, David Hyatt from the University of Arkansas, Spicer recently published a series of teaching cases, social media articles and academic publications that explore Walmart’s sustainability journey since its inception in 2005.

To accomplish this task, professors from the Moore School at the University of South Carolina and the Sam M. Walton College of Business from the University of Arkansas, collaborated to write a series of cases that explores Walmart's sustainability journey from different positions and perspectives. During the project, the team from the two universities conducted more than 30 interviews that included 25 Walmart employees who worked on the front lines developing and implementing the company's new sustainability strategy and wrote over eight separate teaching cases.

The social media article published in The Conversation provides a short summary of the case series and the longer academic article that they published is based on the lessons learned from Walmart’s long-term sustainability journey.

The article illustrates the role of trial and error that took place over a decade of experimentation within Walmart in uncovering what programs did — and did not — fit its low-cost business model. While some initiatives — such as delivering customer-focused communication about sustainable products — ultimately were not adopted, others that sought efficiency and innovation in offering more sustainable products at lower costs became widely adopted throughout the organization.

Spicer and Hyatt refer to the eventual outcome as an “emergent low-cost sustainability product strategy.” Many initiatives in Walmart’s early attempts at affordable sustainability could not be implemented as planned, since they raised rather than lowered costs. Other initiatives were put into practice that were consistent with its low-cost model. 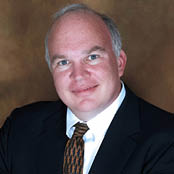 Andrew Spicer is an associate professor of international business. Spicer’s research and teaching focus on the intersection of business and society in a global economy. His research has examined privatization policies and outcomes in post-communist countries, the effects of national context and identity on managers’ ethical evaluations and behaviors, and the effectiveness of policies and strategies that aim to develop more sustainable enterprises and business models across the world.