Darla Moore until 2012 was vice president of Rainwater, Inc., a private investment company, is the founder and chair of the Palmetto Institute, a nonprofit think tank aimed at bolstering per capita income in South Carolina, and the founder and chair of The Charleston Parks Conservancy, a foundation focused on enhancing the parks and public spaces of the City of Charleston.   She is the first woman to be profiled on the cover of Fortune magazine and named to the list of the Top 50 Most Powerful Women in American Business. She has served on numerous corporate boards, including Hospital Corporation of America, Martha Stewart Living Omnimedia, The South Financial Group and MPS Group. She formerly served on the National Advisory Board of JP Morgan and was formerly a managing director of the predecessor Chemical Bank.

Moore currently serves on the National Teach for America Board of Directors and The Culture Shed Board. She has served on the board of trustees of the New York University Medical School and Hospital and on the University of South Carolina Board of Trustees. The University of South Carolina’s business school is named in her honor — the first business school in America named for a woman. She received the Business Person of the Year Award from the South Carolina Chamber of Commerce and was inducted into the South Carolina Business Hall of Fame. She along with Condoleezza Rice are the first women members of Augusta National Golf Club.

A graduate of the University of South Carolina, Moore holds an MBA from George Washington University. 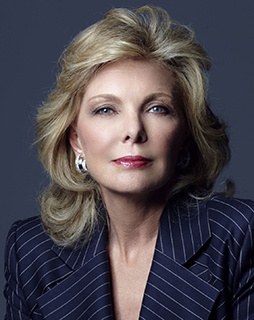 About the Moore School