As a marketing assistant in the Athletics Department, Rebecca Piner spends a lot of time at USC basketball, tennis and football games. But if it weren’t for SIPA, she might never have become a Gamecock.

Piner attended SIPA conventions in Columbia throughout high school, and was considering attending either the University of Georgia or the University of North Carolina. But visiting with members of the SIPA office and with former academic adviser Chris Huebner helped sway her toward USC.

“After my freshman or sophomore year, my parents helped drive some of the staff down, and afterward we explored the campus,” Piner said. “I just kind of fell in love with it.”

SIPA always meant more to Piner than most, especially during her high school years, when she sought out students who shared similar interests.

“I feel like SIPA really built me,” Piner said. “Going to my first convention freshman year and seeing 400 or 500 kids who all really loved journalism, most of them even more than I did — you don’t have very many experiences where you get to meet so many people who have that same passion as you.”

Piner’s favorite SIPA experience came during her senior year of high school, when she created new entertainment for students at the annual convention by starting a competition called SIPA’s Got Talent, after the television show America’s Got Talent.

She then surprised SIPA director Leslie Dennis by soliciting the donation of a computer equipped with Adobe InDesign for first prize. A year later, Dennis hired her as an assistant in the SIPA office, a job that acted as a stabilizing force in Piner’s busy college life.

“SIPA really grounded me, made me step back and made me prioritize more,” Piner said. “I had something that was larger than myself. It made me grow up a little bit.”

Piner took on a lead role working with the local community and organizing the annual SIPA auction, an experience she said helped influence her decision to switch majors from broadcast journalism to public relations.

The skills Piner developed through SIPA and through her degree program are especially valuable to much of the work she does today, which includes spearheading programs like Read with the Gamecocks and Active Gamecocks, which rewards daily exercise in K-8 students with free tickets for kids who otherwise might not be able to attend USC games.

“I take a lot of student-athletes to schools,” Piner said. “My favorite part [of my job] is the school initiatives and the community outreach.”

Piner, who still contributes to the SIPA auction and endowment committee, said that her advice for scholastic journalists is to view the annual convention as a networking opportunity as well as a social event.

“It’s fun to be with your friends and want to explore, but SIPA brings a lot of good connections,” Piner said. “I think that people don’t realize: that could be a future internship or somebody you can ask advice from, not just in the school here [at USC], but from all the people who travel nationally.” 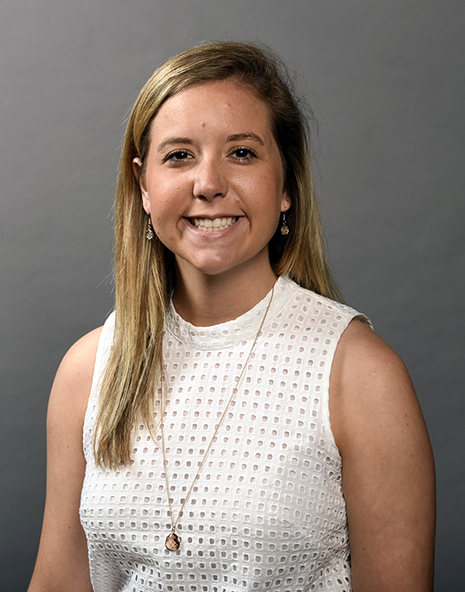 “I feel like SIPA really built me. Going to my first convention freshman year and seeing 400 or 500 kids who all really loved journalism, most of them even more than I did — you don’t have very many experiences where you get to meet so many people who have that same passion as you.”