Augmented Reality is an interactive experience that blends the real and virtual worlds — think Pokémon GO or apps that simulate how a new sofa might look in your living room. It’s also the technology that lets Snapchat users transform into puppies, tacos and more. One new class in the School of Journalism and Mass Communications is exploring how AR works by creating Snapchat lenses of their own, and what they learn could translate into big opportunities after graduation.

Launched this fall, Experiential Interactives in Mobile Augmented Reality is the first J-school class dedicated solely to AR. It’s a special topics class now, but instructor Jason Porter hopes to turn it into a regular offering for visual communications majors and other students looking to learn more about the technology and its implications.

“We spend a lot of time talking about interactive literacy because AR and VR and these interactive media are the new frontier of visual communication,” he says. “We talk about not just making something look cool but why. What does it mean to connect with people in an interactive sense? How do you tell a story when the user controls everything? What is our responsibility as content creators?”

For Halloween, the students put their skills to the test by creating skulls, clowns, monsters and other spooky lenses. Junior visual communication major Elise Heydet made a mask that simulates spiders crawling out of users’ mouths.

“When I heard that we’d be going into Lens Studio and making Snapchat lenses, I thought that was a cool concept and something unique that I didn’t think I’d get from any other course in the journalism school,” Heydet says. “I’m working on the scarier side of Halloween. It’s a cool program that I can do stuff like that because I’ve never worked with 3D before.”

The chance to learn an emerging technology was too good for senior vis com major Kayla Reese to pass up. Porter’s first assignment asked the class to create an AR lens for real businesses in Columbia, so Reese chose to make one for River Rat Brewery.

“Having that lens in my portfolio and saying ‘I did this for a business’ makes businesses say ‘oh wow, she could do that for us,’” she says. “It’s definitely beneficial.” 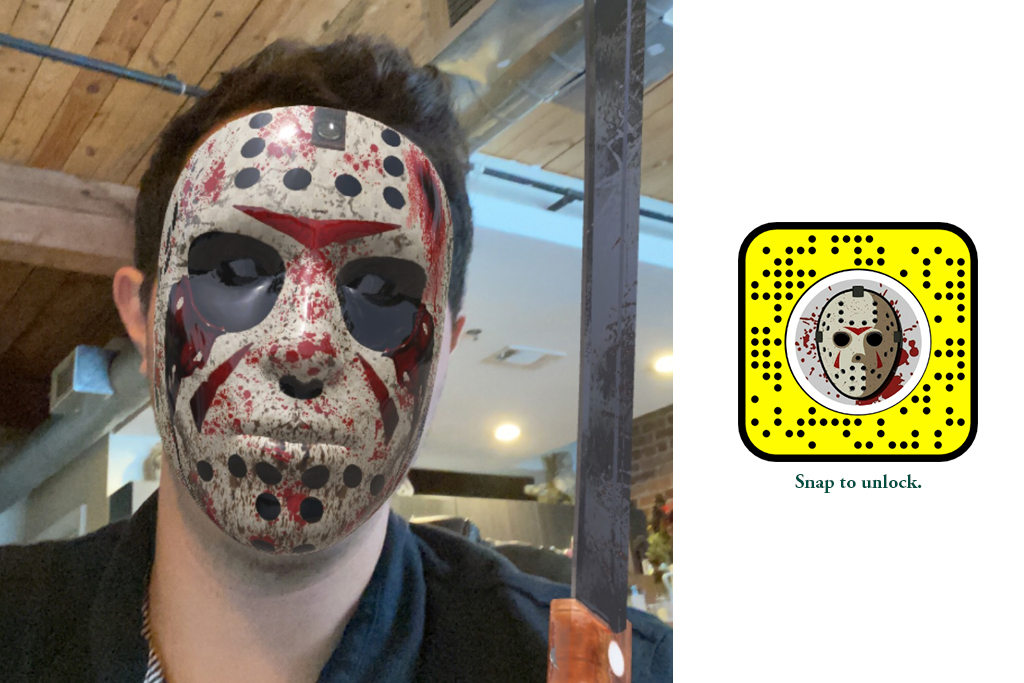 View some of the Snapchat masks and  scan the snapchat code to access it. 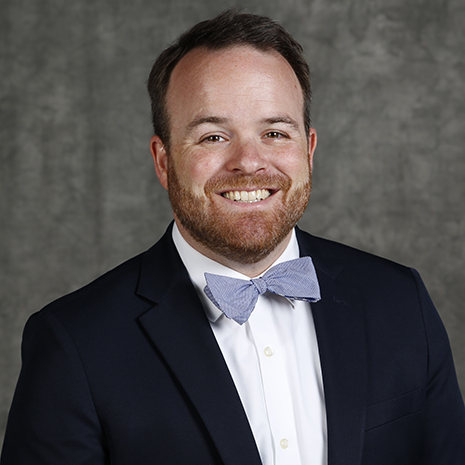 Jason Porter is an award-winning animator and designer having worked with some of the largest brands in the world, including Marvel, Sprint, Volkswagen, Target, Taco Bell, and Disney.

More on his teaching and research interests