Danielle Williams says her responsibilities as video production coordinator in Temple University’s athletics department can change from day to day, but the variety of her job is what she loves best.

Williams (2017 B.A., broadcast journalism) produces content for social media, television and event/venue video boards. This can include traveling to shoot a game or media event.

She says she and the other members of the media team at Temple are always making sure the content they create and post is organic.

In addition to the experience she’s gaining through her job, she’s also working to learn more about sports media and social media management as a graduate student in Temple’s digital marketing program.

Williams says every day at her job is new and exciting.

“The moments that stand out to me are being in the same room or on the same court or field as some of the greatest athletes and coaches,” she says.

Being on the sidelines to witness great moments in athletic history first-hand is also a perk.

Biggest Takeaways During Her Time at USC

Being in the J-school helped Williams hone her storytelling skills, and being in classes with people who shared her same aspirations pushed her to work harder.

Assistant professor Kevin Hull’s Sports Media and Society class was the point when everything clicked for her.

Williams also interned with Gamecock Productions starting her junior year. There, she did many of the same tasks for the athletics department at South Carolina that she is doing now in her job at Temple.

She is grateful for all of the opportunities she had to craft her skills and used those experiences to move into a leadership role with the Temple Athletics digital department. She also appreciates the support she received from her J-school professors – including Hull and former assistant professor Miles Romney – when applying for jobs.

Williams advises students to “intern wherever and whenever you can” and to soak up as much as they can while in school.

“We're in that digital age where anyone can pick up a camera and produce something and self-proclaim as a journalist,” she says. “But having that actual experience puts you ahead of a lot of candidates.” 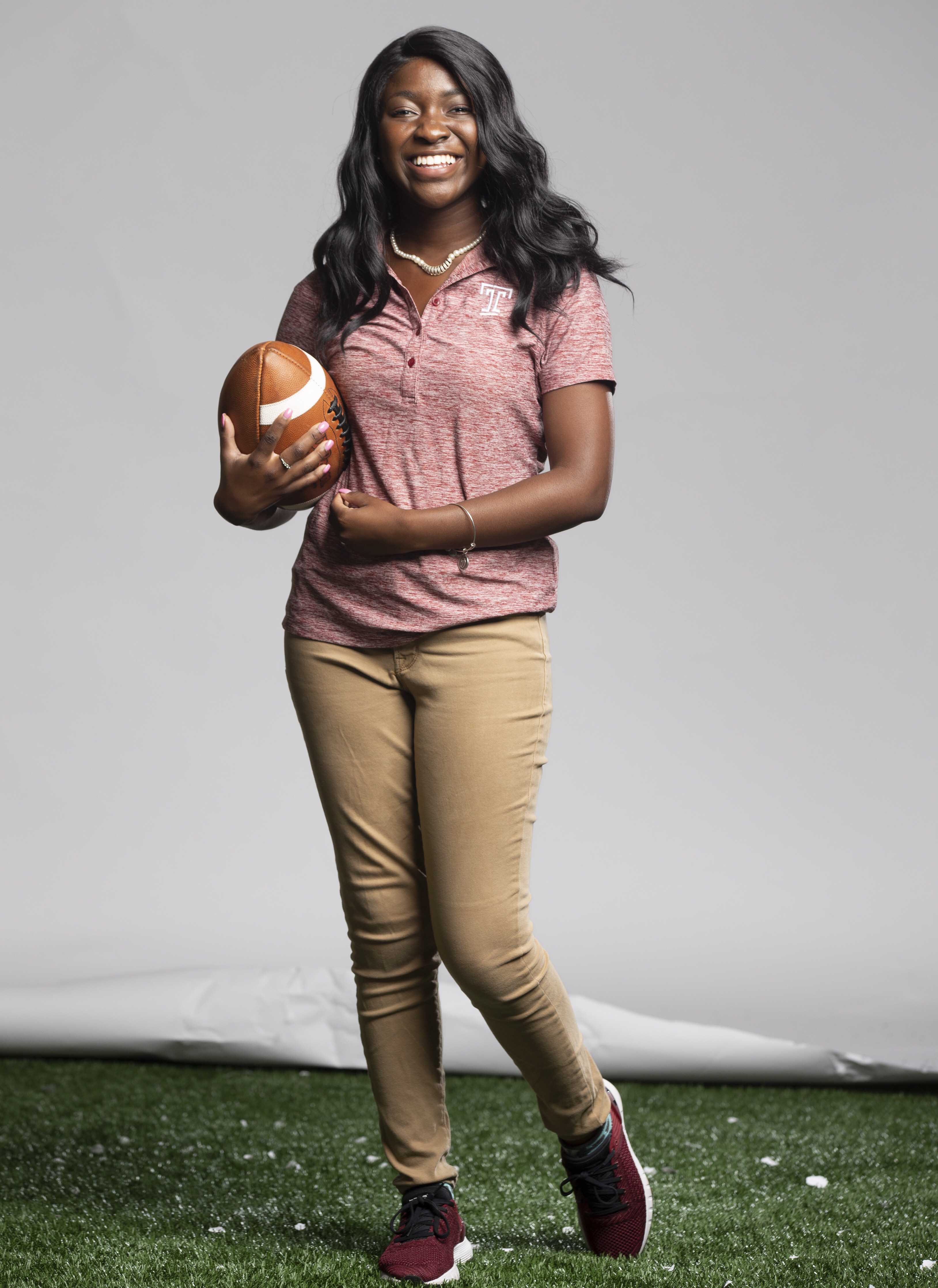