The Carolina News team at the School of Journalism and Mass Communications won first place in the Broadcast Education Association’s Festival of Media Arts in the TV Newscast (4 days or more per week) category. Two visual communications majors — Savannah Cerniglia and Sophie Bello –— were also honored with a third-place win in the Micro Documentary category.

Carolina News is produced as part of senior semester, the capstone experience for broadcast journalism majors. Students spend eight hours a day, Monday through Friday, in newsroom environment to gain experience in all facets of news production.

The fall 2019 team, advised by instructors Rick Peterson and Greg Brannon, produced 110 newscasts, including the award-winning Nov. 26 show. Peterson says the award is a testament to the extraordinary effort the students put into that day’s show.

“The show was produced the day before our Thanksgiving break, but they managed to stay focused and produced a compelling show,” Peterson says. “We had a live shot from the airport focusing on holiday travel. Another student traveled all the way to the Upstate to produce a story about horses being attacked. Everybody hustled and got it done.”

December graduate Michael Stacy produced the winning submission and says the rigors of senior semester have given him the experience and skills he’ll need to excel in his career.

“Given the opportunity to rotate through all positions inside a real-world newsroom and put on two shows every day, Monday through Friday, I was able to build my reel and show my talents for multiple positions,” Stacy says.

The Man Behind North America's Only Tea Plantation, the award-winning micro documentary, was developed as part of Sabrina Habib’s Video Production class. The project is a visually striking overview of the Charleston Tea Plantation’s history, told through an interview with founder William Hall.

“It’s the capstone assignment in the class and a very challenging in one in terms of technique, storytelling, time management, pre and post-production as well as editing,” Habib says. “ I am really proud of the students that worked tirelessly to revise their project until it was polished in every way.” 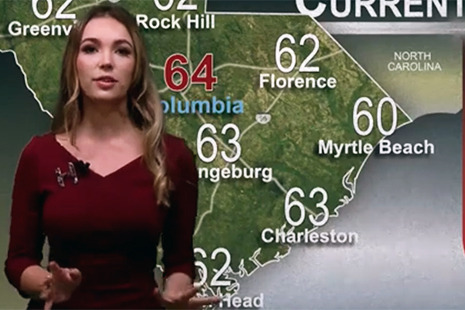 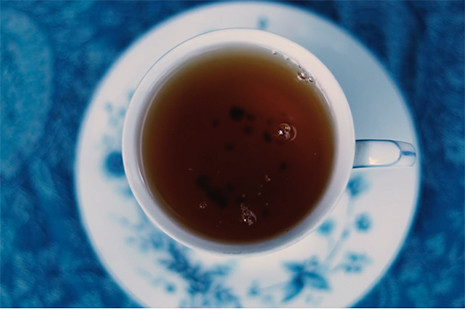 The Man Behind North America's Only Tea Plantation