A seat by the window

“Does that sound high-minded?”

Ernie Wiggins has an almost quizzical look on his face when he asks this, the soft yellow light between us revealing raised eyebrows and a general worry that his response to the last question wasn’t an answer at all.

The associate professor had just mentioned the “life of the mind” and having students “take ownership of their own thoughts” as he tried to explain the core of his teaching philosophy, dancing around a word that he had already used many times in our conversation and would continue to echo afterwards.

“No,” I say as I scribble down the word “discovery” in my notepad, encase it in a box for emphasis and see his eyebrows lower and the worry slide off his face. Discovery is central to who he is — reflected both in his hobbies and interactions with his students in the School of Journalism and Mass Communications — and is something he has valued in every stage of his professional life.

His push for discovery began at The State newspaper in 1985. Then a feature writer, Wiggins organized a group called The Supper Club, a Sunday night dinner gathering of 10 teens from diverse backgrounds. For three years, he sparked conversations as they worked through the issues affecting their day-to-day lives.

“I have always enjoyed convening people to exchange ideas,” he says. “To hear what they have to say, to have a constructive conversation.”

At the time, he was teaching just one class a semester at the J-school. That part-time job slowly became a calling, and in 1992, he accepted a full-time faculty position.

In the 27 years since, Wiggins has had one goal: to help his students “explore their own ideas.”

He knows that it’s his job to teach his students the basics of the industry they are entering. But he also knows, after being around the journalism world for the greater part of his life, that the technology and skills required by the industry are rapidly changing. What isn’t changing though, is the journalism world’s need for versatile, hard-working people.

“When you enter a shop as an entry level, you have to go early and stay late, you have to sacrifice for that first period of time to get up to speed,” he says. “If we have drilled that in the student and sent them out with a skill set that is appropriate for now, when things change in a year or six months, he or she won’t be abandoned. They won’t be flailing around wondering, ‘well, what do I do now?’”

“I loved it, because he didn’t talk at us,” Dia says. “It wasn’t like a lecture hall setting, wasn’t, ‘OK this is the information you need to know and you need to know it by this date and you need to take this exam.’ It was, ‘hey, what do you think is wrong with this?’ He wanted to get a very basic understanding of where we were at in our minds and how we thought, and open it up,” she says.

And for Wiggins, that is exactly his goal. He wants to give his students the industry-related skills needed to secure their first job and the intangible, life-long skills needed to have a successful career in whatever path they pursue. More than anything, he wants his students to think, and from these thoughts, discover — just as he does in his free time.

Beyond the classroom, he finds discovery in the trails of Harbison Forest, the backroads around his house, and the window seat at every restaurant he frequents. He likes experiencing the unknown and seeing the unexpected.

It’s this curiosity that fuels him, and he hopes it fuels his students, too.

“I like having the freedom to explore ideas,” he says. “To present material to students, and to get a response from them about this particular concept or practice or skill, or whatever the course is, that they didn’t know before and can employ going forward.” 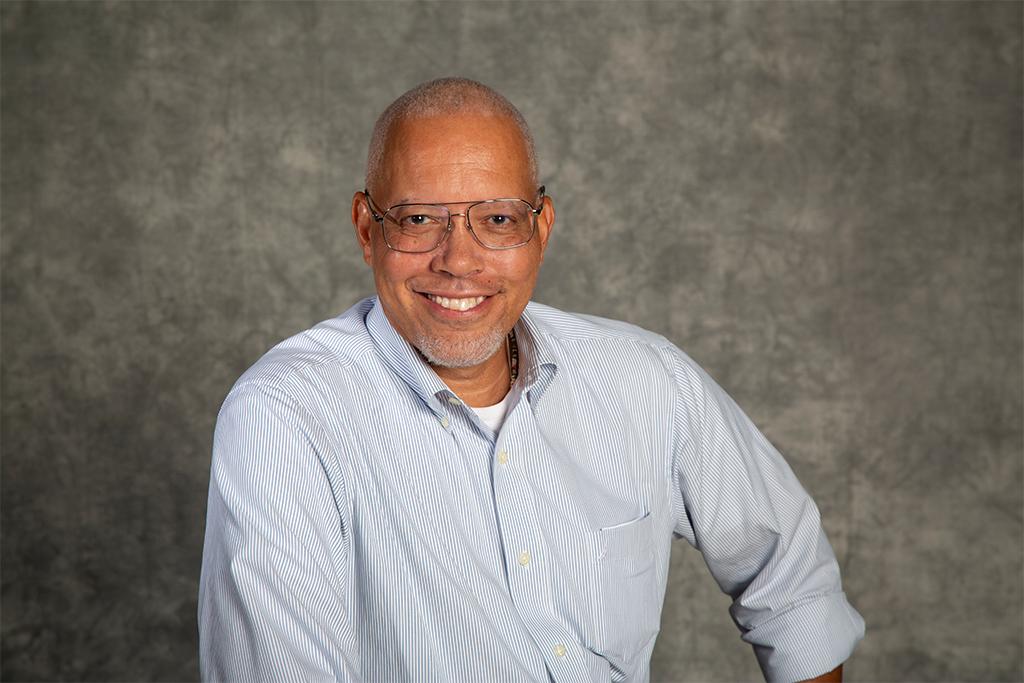 Through the years in pictures — Associate Professor Ernie Wiggins