Posted September 19, 2018
By Abe Danaher
Top photo: Andy Pierrotti takes a photo in the studio with the senior semester students.

Behind him, talking faces flash across four televisions and “breaking news” scrolls through the banners on each of the TVs. But in front of Pierrotti, no screens are alive. The students have already put their phones down and allowed their monitors to go black. Their attention seems to hang entirely on his upcoming words.

This is Thursday, four days into Pierrotti’s week-long professional-in-residence stay at the school. Each day that Pierrotti spends with the senior semester class focuses on a different area of investigative reporting. These daily focuses range from looking at stories in different ways, computer assisted reporting, public records, the art of interviewing, and relationships with government PIOs. But what never changes from day to day is the rapt attention he maintains from the students.

“I think students were very engaged,” said Rick Peterson, a senior instructor who teaches the senior semester class. “I think he really helped open their eyes in terms of showing them how important investigative reporting is and, I think, how fun it can be too. He did a great job getting them motivated, and that was really fun to watch.”

Fifteen years ago, Pierrotti was in the same shoes as the students he is now addressing. He had majored in broadcast journalism, and even had Peterson as a teacher during his final semester.

But since then, he has built on the fundamentals learned at USC and joined the 11Alive investigative team, which is an NBC affiliate in Atlanta, Georgia. His professional accolades include multiple Emmys and a Peabody award.

So when he got a call one day from his alma mater offering him the opportunity to return to the school and teach students for a week, he could not decline.

“I thought it was a cool opportunity to come back. It was one of those things where I was surprised because I haven’t really been super involved," Pierrotti said. I’ve been kind of a spectator in watching the progression of the school from afar.”

This week especially, the students in senior semester don’t allow Pierrotti to remain a spectator. They ask him questions about his career progression, and seek any guidance and advice that he can offer them as young journalists about to enter the job market. But more than any knowledge that Pierrotti can relay to them, the students are most impressed with his passion for his work.

Turner Harrison, a student in the senior semester class, said that Pierrotti’s passion for journalism makes him comfortable that he has chosen the right career path.

“It’s not just a story for him,” said Harrison, a senior who graduates in May. “This is his passion and so that inspired me a lot.”

In Pierrotti’s return to his alma mater, he made a connection with the students that stretched far past the contents of his focused lectures, and ensured that the class started out the semester on the right foot.

“He just hit a grand-slam with this class,” said Peterson. “He did such a fantastic job of launching the class for the semester.” 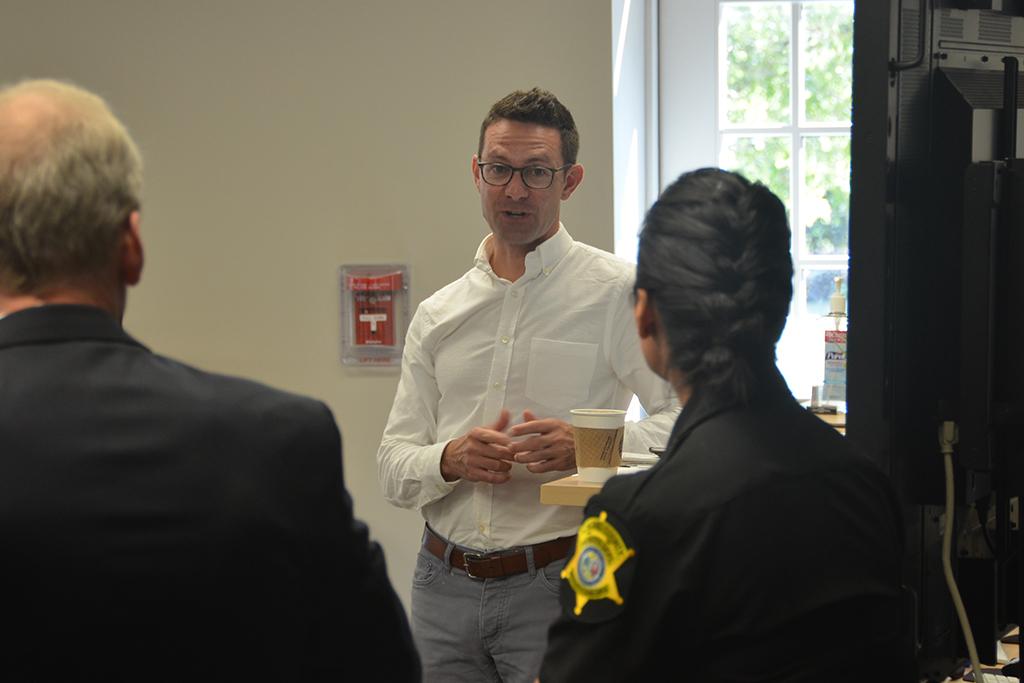 Andy Pierrotti (Broadcast Journalism, 2003) had a week-long professional-in-residence stay at the SJMC. 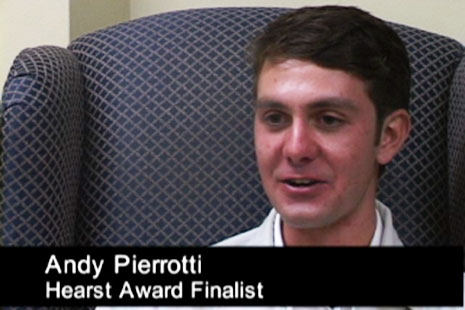 A college junior in 2003, Andrew Pierrotti placed seventh in the nation in the annual Hearst Broadcast News Competition.

Alaina Anderson and T'Stephanie Byrd, students in electronic journalism at that time, conducted  this interview with Pierrotti.