Journalism students learned this month they captured 13 awards in the 2015 South Carolina Press Association Collegiate News Contest and claimed 10 awards as winners and finalists in the Region 3 Mark of Excellence contest sponsored by the Society of Professional Journalists.

SJMC multimedia students swept the News Story category in the SCPA contest and won first and third places for Series of Articles and Sports Story.  Those awards will be presented at the SCPA Collegiate conference on April 8.

SJMC broadcast students swept the Television Breaking News Reporting category in the SPJ Mark of Excellence Awards. All the reporters in this category volunteered to come in when classes were canceled in October due to the historic flood to produce these stories.

The staff captured a third place SCPA award in the Multimedia Story category for the entry and placed as a finalist in the SPJ Mark of Excellence Online In-Depth Reporting category for "Equity Education: Chasing a Dream."

Sarah Martin and Antoine Thomas won third place in SCPA’s Series of Articles for their "Voices from the Flood" stories in the SCPA contest. The pair reported on the aftermath of the historic October floods, focusing on the residents of Columbia’s Downing Street. Their reporting also earned a finalist place in the Mark of Excellence Online News Reporting category.

In the sweep of the SCPA "News Story" contest, Wilks won first place for his story "The hidden cost of South Carolina student debt: Stress, anxiety, depression and more." Second place went to Rebecca Johnson for "Business as usual: Dillon educators look for a bright future despite lack of industry and inadequate funding." Thomas won third place for his story "At USC, unraveling a complicated past on a modern-day campus." Fourth place in the news story category went to Martin for "After 17 years in the legislature, Lourie adds rescuer and traffic cop to resume."

Among other individual student awards:
Dominguez was a winner in Region 3 Mark of Excellence Awards for the entry "let the needles drop and the records spin: Record Store Day is near" in the Online Feature Reporting category.

Wilks placed as a finalist in Region 3 Mark of Excellence Awards for the entry "Writing for the Refrigerator on National Signing Day: The inside story of covering the story" in the Online Sports Reporting  category as well as in the SCPA Sports Story category.

Thomas captured third place in Sports Story for his SCPA entry "For youngsters, the crack of the baseball bat holds magic into autumn"

Oshea Robinson placed as a finalist in the Region 3 Mark of Excellence Awards for "Remembering Fayad" in the Television General News Reporting category.

O’Brien was a finalist in the Television News and Feature Photography category for "Big Dam Jam."

Ryan Toland was a finalist in Television Sports Reporting for a story on "Seventh Woods."

Deborah Swearingen won third place in the Arts and Entertainment category of the SCPA for "Why we like watching others (think Justin Bieber) cringe."

Wilks won third place in Illustration or Informational Graphic for his "Success in the face of poverty" that illustrated part of the “Equity Education” package. 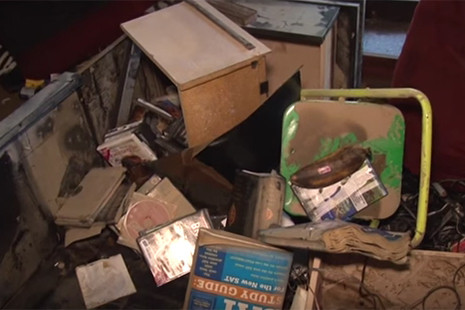 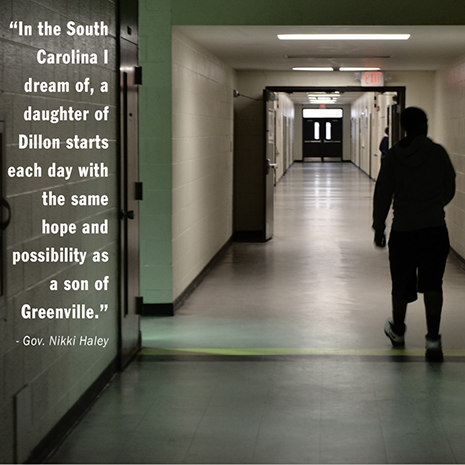 This six-part series, “Equity Education: Chasing a Dream, won multiple awards, including a first-place from the South Carolina Press Association