For the second year in a row, the College of Information and Communications was unable to host its annual Awards Day ceremony, but that didn’t stop faculty from honoring the school’s best and brightest undergraduate students. Winners from both schools were recognized in a Virtual Awards Day celebration on April 15.

“Congratulations to all the award winners," said School of Journalism and Mass Communications Director Andrea Hickerson. "They have shown tremendous perseverance the last year and they have excelled despite the circumstances. I couldn’t be prouder.”

This year's ceremony was expanded to include the School of Information Science.

"This is an amazing and resilient class," said iSchool Director David Lankes. "It has been a pleasure to be part of their education."

Meet our student award recipients and view some of their outstanding work by visiting the links for each of them.

Watch the virtual presentation of the advertising awards on YouTube » 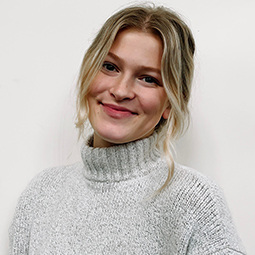 Lara Zwiebel has spent the past four years immersing herself in the Columbia and university community, having served as marketing director of Chi Omega in 2018 and as an intern at the South Carolina State Fair. She is currently an intern at Jones, McAden & Associates. She earned the title of Top Marketer from Google’s Online Marketing Challenge and is currently competing in the Washington Media Scholars Foundation Case Competition. After graduation, she will join Kargo in New York City as client services coordinator. 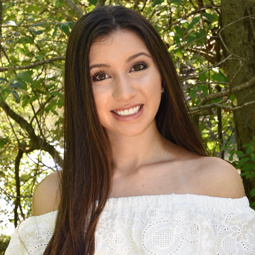 Gabrielle Joyce is from Westchester, New York.  She has had the opportunity to lead a Google OMC Team, as well as collaborate as a creative on the university's Ad Team. Her favorite project from her time at the university is her  Final Straw commercial, which won a Silver Student Addy in 2021. She credits her wonderful professors for inspiring her passion for the creative field. 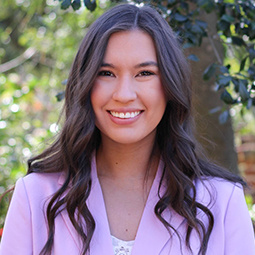 Sarah Turner is an advertising major from Aiken, South Carolina. She is a member of the 2021 AdTeam, Student Advertising Federation, Order of Omega Greek Leadership Honor Society and Alpha Lambda Delta Honor Society. She was also named a semifinalist in the Washington Media Scholars Foundation 2021 media plan case competition. She is an active member in her sorority, Alpha Xi Delta and on the Carolina Coquettes Dance Team. After graduation, she plans to pursue a career in the marketing research and analytics field.

Watch the virtual presentation of the broadcast journalism awards on YouTube » 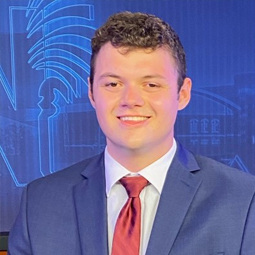 Will Volk is a broadcast journalist from Goose Creek, South Carolina. He graduated in December. Volk has produced hundreds of stories as an independent multimedia journalist. Many times, his video has been used by local television stations and newspaper websites. While a student at South Carolina, Will was a camera operator for Gamecock Live Productions and SEC Network+. He also was a freelance sports photographer for ABC Columbia's high school football show. He hopes to work in local television as a multimedia journalist or sports reporter. Watch one of his stories for Carolina News & Reporter» 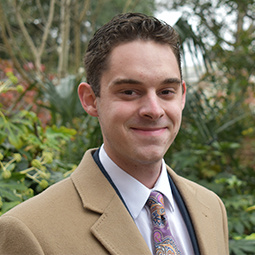 Spencer Buckler is from Baltimore but has been busy during his time in Columbia. In the summer of 2020, he worked as an associate producer at WBAL-TV, the NBC affiliate in Baltimore. He has also worked at SGTV at South Carolina since his freshman year, having served as station manager, news director and executive producer.  He interned with the Ryan Seacrest Foundation in Charlotte. You can usually find him watching reality TV, exploring new cities or cheering on the Gamecocks at Williams-Brice Stadium. He looks forward to telling people's stories for a living.

Watch the virtual presentation of the information science award on YouTube » 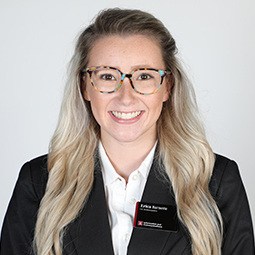 Erica Barnette has been a leader in the iSchool. She was a CIC Ambassador, president of the Information Science Student Association and student representative on the school’s undergraduate committee. She is also the co-owner of Validide, a company that uses blockchain technology to give people a way to authenticate and control their identity information. This startup came out of her coursework in the iSchool. The faculty and staff at the iSchool are proud of Barnette’s work and look forward to watching her do even more great things.

Watch the virtual presentation of the journalism awards on YouTube » 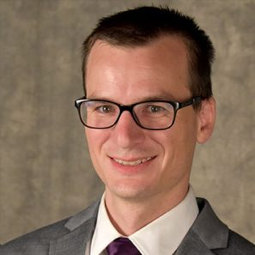 After a 10-year career in nuclear chemistry, six of which were spent on naval submarines, Christopher Lorensen made a life-altering decision. He packed his bags, activated his GI Bill and started a degree in journalism. Upon arriving at South Carolina, Lorensen joined The Daily Gamecock, where he wrote stories for the news and opinion departments. You can read some of the articles he wrote in his senior semester capstone course Carolina News & Reporter. While he graduated from the “print” side of the journalism school, he is now the 5 p.m. producer at WACH Fox 57. "It’s teaching me new approaches to stories," Lorensen says. "And I never knew the pressure of working on a submarine would be rivaled by the pressure of working in a newsroom". 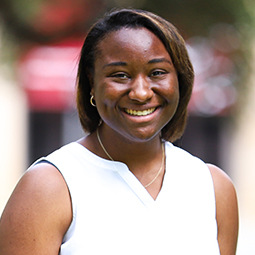 Taylor Washington is from Columbia. She is a former managing editor and arts and culture editor at The Daily Gamecock. She is also a Dow Jones News Fund alumna and has interned with the Charlotte Business Journal. This summer, she will intern at the Chicago Reporter as a data journalist through the Dow Jones News Fund. She is interested in diverse storytelling and aims to explore how issues such as race and class impact the communities she reports on. Read some of her articles in Carolina News & Reporter. In her free time, Washington is an avid cook and moviegoer.

Watch the virtual presentation of the mass communications awards on YouTube » 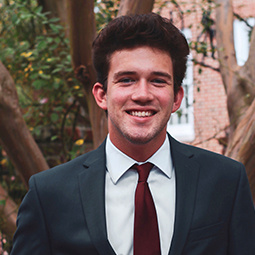 Nathanael Lemmens grew up in the small mountain town of Hendersonville, North Carolina. He entered the university with a wide range of interests, but eventually decided to study mass communications, which has helped him develop a love for professional storytelling. At South Carolina, he completed a semester abroad in Northern England, worked with Student Gamecock Television and Seeking Refuge Podcast and interned at Seacrest Studios in Charlotte. Upon graduation, he's excited to see how everything he's learned at UofSC will help him succeed in the working world.

Watch the virtual presentation of the public relations awards on YouTube » 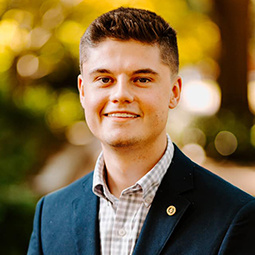 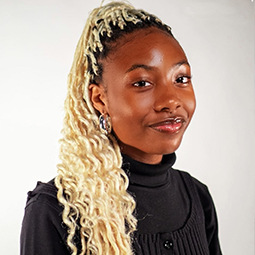 Contessa Davis is from Sumter, South Carolina. On campus, she serves as chapter president of the Public Relations Student Society of America, press secretary to the student body vice president, and is a University 101 peer leader. Post-graduation, Davis plans to attend graduate school in Washington, D.C., to study political management. She plans to become a political strategist who advocates for those who are underrepresented by amplifying diverse candidates for public office as well as getting progressive and equitable legislation passed. 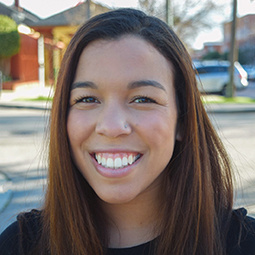 Cierra Martin served as an orientation leader and team leader for the Office of New Student Orientation, served a two-year term as the director of public relations for the campus organization Dance Marathon, and was the vice president of community relations for the College Panhellenic Association. She was a member of the university's Advertising Team class, which produced and presented a Tinder campaign and plans book for the National Student Advertising Competition. Upon graduation, she hopes to pursue a career in sports communication. 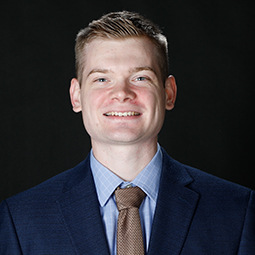 Matt Edwards is originally from New Jersey. He is interning with the Allen University athletic department in Columbia. Some of his favorite memories at the J-school and the university in general have been writing for The Daily Gamecock, attending meetings for UofSC National Sports Media Association student chapter, and taking three of associate profesor Kevin Hull's classes. Ultimately, he is striving toward a sports media career to combine his passions for storytelling and the sports industry. This July, he will begin working on his master's degree in public relations at the S. I . Newhouse School of Public Relations at Syracuse University.  Read some of Matt's articles for Carolina News & Reporter.

Watch the virtual presentation of the vis comm awards on YouTube » 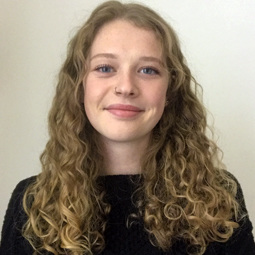 Emily Schoonover is an award-winning graphic designer and illustrator from LaGrange, Georgia. At South Carolina, she has served as designer and creative director for Creative Services, The Carolina Agency and Garnet & Black magazine. She loves all things creative and enjoys being outside, taking care of her houseplants, and making ceramics in her free time. View some of her  award-winning work» 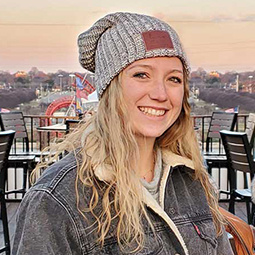 Emma Kontir is from Eastern North Carolina. She has always loved photography and planned on focusing on it in college. However, after taking the introduction to vis comm classes, she discovered a love for design and branding. She held an  internship at Student Health Services doing graphic design for its public relations and marketing department.  She also recently started working on branding and social media marketing for a local wine bar startup. In both positions, she really enjoys being able to get creative using both photography and design to communicate cohesive brand messages. 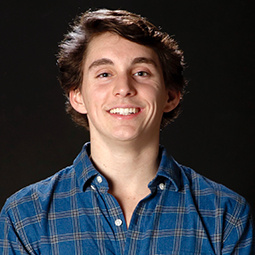 Alec Catanzarite was born and raised in Charleston and loves to make videos. His interest in visual communications began in middle school but really took off during his junior year in high school after purchasing a DJI Phantom 3 Standard drone. This sparked his passion for the visual arts and has helped him become the successful creative he is now. He took advantage of many opportunities at South Carolina including creating content for programs such as the club hockey team and Barstool Gamecocks.  He especially loves to shoot aerial videography and astrophotography. 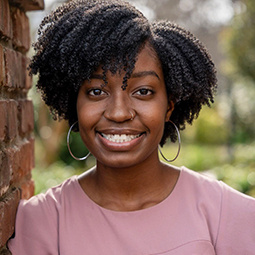 Zhané Bradley is a lover of art, stories and travel. While her medium of choice is photography, her goal is to use her skills as a visual artist to encourage creative expression and empower underrepresented voices across various audiences. She pairs a wide range of creative leadership experiences with a passion for intercultural communication. This experience includes holding positions as the Photo Editor of Garnet & Black Magazine, a Graphic Design/Marketing intern for UofSC's Education Abroad Office, and a Digital Media intern for LIFE Argentina, a nonprofit organization located in Buenos Aires, Argentina.

President's Award
Selection for the President's Award is based on academic accomplishments, leadership achievements, co-curricular involvement and service to the Carolina community. Recipients have demonstrated major achievement in the categories of service, leadership, academics and research. Students chosen to receive this honor are among the university's most exceptional graduating seniors.