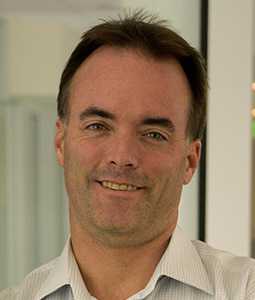 While earning his Ph.D. in economic sociology at Cornell University, Yenkey was a visiting scholar in 2008 at the Institute for Economic Affairs in Nairobi, Kenya, and served as associate director of the Center for the Study of Economy and Society at Cornell University from 2010-2011. Prior to his graduate studies, Yenkey received a B.A. in economics from the University of Texas, Austin, in 2001 and served as a research associate in the Department of Economic Research at the Federal Reserve Bank of Kansas City from 2001 to 2003.

Yenkey’s research extends sociological theories of social relationships, segregation and inter-group trust into the analysis of misconduct and market development. He first developed this line of work in a long-term study of the effects of distrust stemming from ethnic tensions and fraud on the development of the Nairobi Securities Exchange. Currently, he studies the effects of political violence and corruption on global capital flows, particularly to African countries. An additional line of work on organizational misconduct studies the causes and effects of professional misconduct in the form of performance enhancing drug use among professional cyclists. Across these areas of work, Yenkey emphasizes careful attention to non-traditional contexts as an opportunity to link and expand theoretical explanations in economic sociology, organizational theory, criminology and political economy.

Yenkey’s research appears in Administrative Science Quarterly, the American Journal of Sociology, and Social Forces. This work has been recognized with several awards, including the 2017 Granovetter Award for Best Published Paper in Economic Sociology from the American Sociological Association and the 2011 William H. Newman Best Dissertation Paper Award from the Academy of Management.

Yenkey also advances research through professional service. He currently serves as an associate editor at Management Science as well as a member of the editorial board of Administrative Science Quarterly. He teaches research design and quantitative methods to African policy makers and academics in an annual workshop co-hosted by the University of Stellenbosch Business School in Cape Town, South Africa.