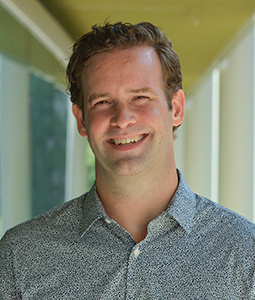 Scott S. Roeder joined the Darla Moore School of Business as an assistant professor of marketing in 2019. He previously received a Ph.D. in marketing from UC Berkeley in 2016 before completing postdoctoral work at the Olin Business School, Washington University, in St. Louis. He also holds an M.S. (marketing) from UC Berkeley and a B.S. (Hons) in psychology from the University of British Columbia. Previous to his academic career, Roeder worked in sales (consumer electronics) and moonlit as a web developer.

Scott Roeder's research focuses on how heuristics and biases inform consumers' judgments and behavior, particularly within the realms of self-knowledge, enjoyment, and financial decision making.