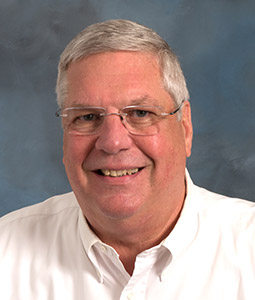 In 1984, May became dean of Lifelong Learning and assistant professor at USC, where he also served as associate vice provost for Continuing Education and associate chancellor for Continuing Education. He was promoted to associate professor and awarded tenure in 1987. In 1999, May assumed full time faculty duties and began teaching for the Department of Management in the Moore School. Prior to joining the University of South Carolina he was coordinator of special programs from 1977 to 1978 at the University of Alabama. He has extensive experience planning and managing numerous strategic and tactical initiatives as well as providing leadership for academic, personnel and fiscal matters.

He has received multiple program awards from national continuing education associations and is a three time recipient of the USC Mortar Board Excellence in Teaching Award.