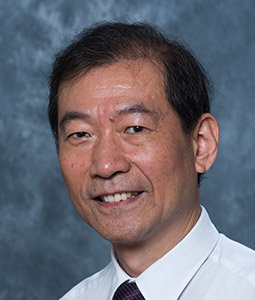 He has been teaching various international finance and China business courses at both master and doctoral levels at the University of South Carolina since Fall 1984. He received numerous teaching awards within the College of Business Administration, including the Alfred Smith Award for Excellence in Teaching. From 2007 to 2009, he helped link together the Chinese University of Hong Kong and USC. The interaction between the administration of the two universities resulted in the launching of an innovative International Business and Chinese Enterprise degree program in Fall 2009. He was a recipient of the International Advocate Award of the University of South Carolina in 2009.

He has served on five journal editorial boards, including that of the Journal of International Business Studies. He was vice president of administration of the Academy of International Business for the two-year term of 1995 to 1996. He has been consistently serving on the conference program committees of various academic associations such as the Academy of International Business, the Financial Management Association, the Academy of Management and the Decision Sciences Institute. He also reviews articles for other journals such as the American Economic Review, Journal of Banking and Finance, Financial Management, Journal of Financial Research, Pacific Basin Finance Journal, Canadian Journal of Administrative Science and so forth. At the University of South Carolina, he served on the 24-person University Tenure and Promotion Committee from 2007 to 2009. He was the coordinating director of the Ph.D. program in International Finance from 1995 to 2008. He has served as the chairperson of several departmental and college committees. He also serves as a faculty adviser of student organizations at USC.

Professor Kwok's research concentrates on international finance and international business education. He is one of the pioneers conducting interdisciplinary study on how national culture influences various financial practices around the world. He has published more than 50 refereed journal articles as well as five books and monographs. He was ranked among the list of most prolific scholars contributing to the Journal of International Business Studies (the leading journal in international business). His academic papers have received a number of awards, including the prestigious Moskowitz Prize, given by the Center for Responsible Business, University of California, Berkeley in 2011.

His research interests include international finance, national culture and finance and financial management of multinational corporations,