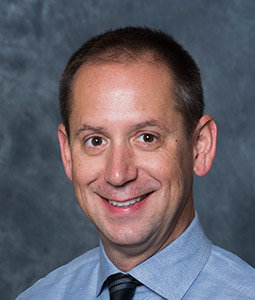 David Hudgens is a clinical assistant professor in the Sonoco International Business Department at the Darla Moore School of Business.

Hudgens teaches Introduction to International Business (IBUS 301) and Special Topics in International Business (IBUS 490) at the undergraduate level as well as Doing Business in China (IBUS 750) at the graduate level. He also coordinates Asia regional affairs and activities for the Moore School. He is responsible for a range of educational programming oriented to undergraduate and graduate education. He currently directs the EIMBA-Taipei program in collaboration with National Taiwan Normal University (DIMBA @ NTNU).

From 1997 to 2009, Hudgens served as associate director for the International MBA program at the Moore School in the Graduate Division where, at various phases, he coordinated activities for the Arabic, Chinese, Global, Italian and Japanese tracks of study. He served as the associate director of the Moore School's Undergraduate Division between 2009-2012. He closely works with many student communities in the business school, including the International Business and Chinese Enterprise program, a specialized cohort program of study in the international business major in the Sonoco International Business Department.

Prior to joining USC, Hudgens served as international trade manager in the South Carolina Department of Commerce, where he coordinated export development programs and trade missions involving South Carolina business and industry.

Hudgens received his B.S. from the College of Charleston and completed his M.A. at the University of Connecticut. He also completed the one-year certificate program at the Johns Hopkins University’s School of Advanced International Studies – SAIS Hopkins Nanjing Center (HNC). In 2008, Hudgens obtained his Education Specialist degree from the Counselor Education Program at USC. He is a licensed professional counselor in the state of South Carolina.

Hudgens received his Ph.D. in Cultural Anthropology with a focus on economic development and educational systems in Asia from the University of Pittsburgh. Hudgens teaches in the Darla Moore School of Business and the South Carolina Honors College. His recent courses include topics in international business and Asia-related themes, including China’s Northeast region.

Hudgens has been involved in research and consulting on business and economic development since the early 1990s. Over this time, he has lived and worked in many areas of Asia including Beijing, Harbin, Nanjing, Shanghai and Hohhot in Inner Mongolia. His earlier research focused on the development of China’s private sector and changing patterns of education.