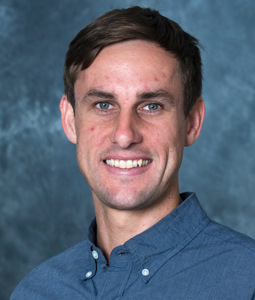 Philip Brookins is an assistant professor in the Department of Economics at the Darla Moore School of Business. His research involves the use of game-theoretic techniques to model and characterize behavior in competitive settings, such as contests and tournaments, and the use of experimental methods to test the validity of such models. In particular, he examines how individuals and groups behave in contests when they are information-constrained, e.g., not fully informed as to the number of competitors and/or their characteristics, as well as how they behave when competing as part of a team composed of heterogeneously talented members.

Philip joined the University of South Carolina in 2019 after completing a postdoctoral research position at the Max Planck Institute for Research on Collective Goods (Bonn, Germany). He has a doctoral, master’s, and bachelor’s degree in economics and a bachelor’s degree in mathematics from Florida State University. In addition to his position at UofSC, Philip is a visiting fellow at the Laboratory for Innovation Science at Harvard (2017 – present), where he is currently exploring the optimal design of innovation tournaments.