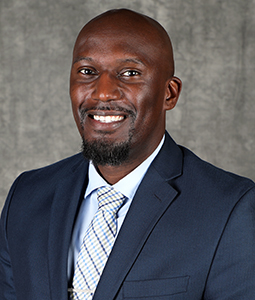 Manie Robinson, a seasoned storyteller, filmmaker and educator, joined the School of Journalism and Mass Communications in Spring 2020 as a Sports Media Instructor.

Through the previous 14 years, he served as a sports reporter, columnist and video producer for The Greenville News and the USA Today Network.

​He was named the South Carolina Sportswriter of the Year by the National Sports Media Association in 2018 and 2019. He also won more than a dozen South Carolina Press Association awards for video production, breaking news, enterprise reporting and opinion writing.

In May, he graduated from Wake Forest University with a Master of Fine Arts degree in Documentary Film.

​His first short documentary, “A Chip Off the Old Rock,” explored the vandalism of the Clemson football icon, Howard’s Rock. It was featured in the PBS web series "Reel South" and screened at the Reedy River Film Festival.

Robinson’s first book, "Top of the Hill," recounted the recent resurgence of the Clemson football program. It was published in October 2018. A second version was released Fall 2019.