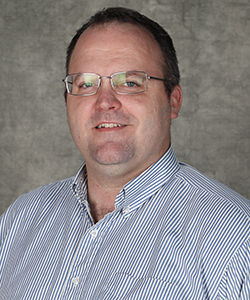 J. Scott Parker oversees the communications functions of the College of Information and Communications in support of recruitment, development and media relations goals.  He develops strategic marketing plans for a variety of programs and initiatives, while also contributing to content creation for social media and the web.

Before joining the CIC team, Parker served as the marketing and communications manager at Cranwell International Center at Virginia Tech. He has also worked as a video producer for Virginia Tech and Mountain Lake PBS in upstate New York.

Parker has lived abroad in Chile, Denmark, France, Mexico and New Zealand, where he produced a documentary short under the auspices of the Fulbright U.S. Student Program. He is also an enthusiastic — if not terribly skilled — mountain biker, skier and tennis player.