“The depth of talent originating in SJMC is truly astonishing," said Andrea Hickerson, director of the School of Journalism and Mass Communications. "The Alumni Awards are a terrific opportunity to recognize a few of our best and most memorable graduates. They make us immensely proud and hearing from them tonight reinvigorates the current SJMC community as we look to train our next generation of outstanding alumni.”

Jimmy DeButts is senior writer for the U.S. Naval Academy Alumni Association and Foundation. He spent seven years with Capital Gazette in Annapolis, Maryland. He was part of the editorial team recognized for maintaining the newspaper’s commitment to community journalism after the June 28, 2018, mass shooting that took the lives of five of his co-workers.

Capital Gazette was honored with a special citation from the Pulitzer Prize board and its staff was named Time magazine’s 2018 Person of the Year.

He spent more than two decades as a reporter, editor and columnist for newspapers including The Augusta Chronicle, Birmingham Business Journal and Baltimore Business Journal.

Chris Roberts is an associate professor and head of graduate studies in the Department of Journalism and Creative Media at the University of Alabama. He earned his doctoral degree at South Carolina in 2007 after decades of work as a reporter and editor at The State in Columbia and The Birmingham News and The Jacksonville News in Alabama.

He serves on the Society of Professional Journalists’ ethics committee and helped revise its code of ethics. He also served a four-year term on the Association for Education in Journalism and Mass Communication board.

Alyssa Lang is a host, anchor and reporter for SEC Network and ESPN. Lang is the host of SEC Featured, serves as a sideline reporter, and is in the SEC Now anchor desk rotation with Peter Burns and Dari Nowkhah. She is also part of SEC Network’s Thinking Out Loud, a weekly studio show.

Liana Miller is a brand strategist at Wieden+Kennedy in New York City, where she creates breakthrough advertising strategies that connect brands with a diverse range of audiences.

Prior to W+K, she worked at General Mills, where her innovative campaigns were recognized by Cannes Lion, AdWeek, BuzzFeed and mainstream media.

In addition to her strategy work, Miller runs her own small business as a graphic designer and illustrator.

Avery Wilks is the senior State House reporter at The State in Columbia. He was named S.C. Journalist of the Year in April for his coverage of a failed $9 billion nuclear power project and his coverage of a Midlands power company whose board members were enriching themselves with customers' money.

The May 2015 alumnus has won first place awards for government, business and education reporting from the S.C. Press Association. His stories have sparked criminal investigations, ousted power company executives and led to changes in state laws.

A’ja Wilson led South Carolina to its first NCAA Women’s Basketball Championship in 2017. Since joining the WNBA’s Las Vegas Aces as the top overall draft pick in 2018, she’s been named the league’s Rookie of the Year and a two-time All-Star.

Wilson is CEO of A’ja Wilson LLC, which includes her clothing line, motivational speaking company and AAU girls’ basketball team. In addition, she and her parents have launched the A’ja Wilson Foundation, which provides resources for children with dyslexia and their families.

Wilson served as an ESPN analyst in her first WNBA off-season. She was also named to Team USA, won gold at the 2019 FIBA Women’s World Cup, and will represent the U.S. again as they aim for Olympic gold in Tokyo 2020.

Watch the award presentation and hear A'ja's taped remarks, as well as comments by her parents. 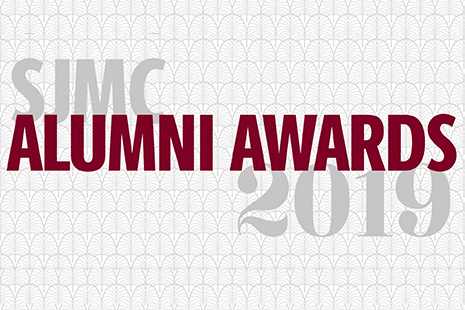