The Second Travelstead Award for Courage in Education

In the autumn of 2010, the Second Travelstead Award for Courage in Education was presented to President Cleveland Sellers of Voorhees College in recognition of his leadership in South Carolina to combat various forms of racism and to fight for social justice. Cleveland Sellers served as program secretary for the Student Nonviolent Coordinating Committee and participated in the Mississippi Freedom Summer. He would return to Orangeburg to find himself embroiled in the events at South Carolina State University that would become known as The Orangeburg Massacre.

“We are so pleased to be able to present the 2010 Travelstead Award for Courage in Education to an individual whose career has embraced these values while speaking out for civil rights, democratic change, thoughtful, civil discourse, and social justice—Cleveland L. Sellers, Jr. President of Voorhees College, former University of South Carolina Department of History faculty and chair of the African American Studies Program (a program described by President Pastides as “Cleveland Sellers' legacy").

Dr. Sellers, at the precocious age of 15, organized a lunch counter protest in his home town of Denmark, SC. A few years later he would join and become program secretary for the Student Nonviolent Coordinating Committee. With SNCC, he would participate in the Mississippi Freedom Summer, voter registration programs, and work with Fanny Lou Hamer, Martin Luther King, John Lewis, Stokely Carmichael and many others whose struggles would ultimately lead to a more just and thoughtful democracy. Cleveland Sellers would return to Orangeburg to find himself embroiled in the events at South Carolina State University that would become known as The Orangeburg Massacre. Charged, convicted, and later (much later) acquitted of rioting, Dr. Sellers continues the quest for truth and reconciliation as the state of South Carolina attempts (or should attempt) to understand and to heal from the murder of these young people. As president of Voorhees College, Dr. Sellers is establishing a "community of learning" and fostering a global perspective for students as he helps to redefine the nature of the undergraduate experience for a historically black college.

In his autobiography, The River of No Return, he states “In spite of sometimes overwhelming odds, I never really strayed from my principles and loyalties. I have developed patience and constantly renew my dedication to the creation of a more humane world.” We are honored to have you with us today, President Sellers, and equally we are honored to have with us today the son of late Dean Travelstead, Coleman Travelstead, who has come here from Albuquerque to serve as the presenter of this award. Mr. Travelstead is publisher of  Innovation: America's Journal of Technology Commercialization and former associate publisher of Vista Magazine. He has worked in banking throughout the world, was director of the World Trade Center Miami, and has been the president of the UNM Alumni Association.”

in recognition of his leadership in South Carolina to further the values of integrity, intellectual spirit, justice, and stewardship and, in so doing, allowing schools to become more compassionate, more generous, more humane, and more thoughtful.

“History, despite its wrenching pain, cannot be unlived, but if faced with courage, need not be lived again.” -Maya Angelou 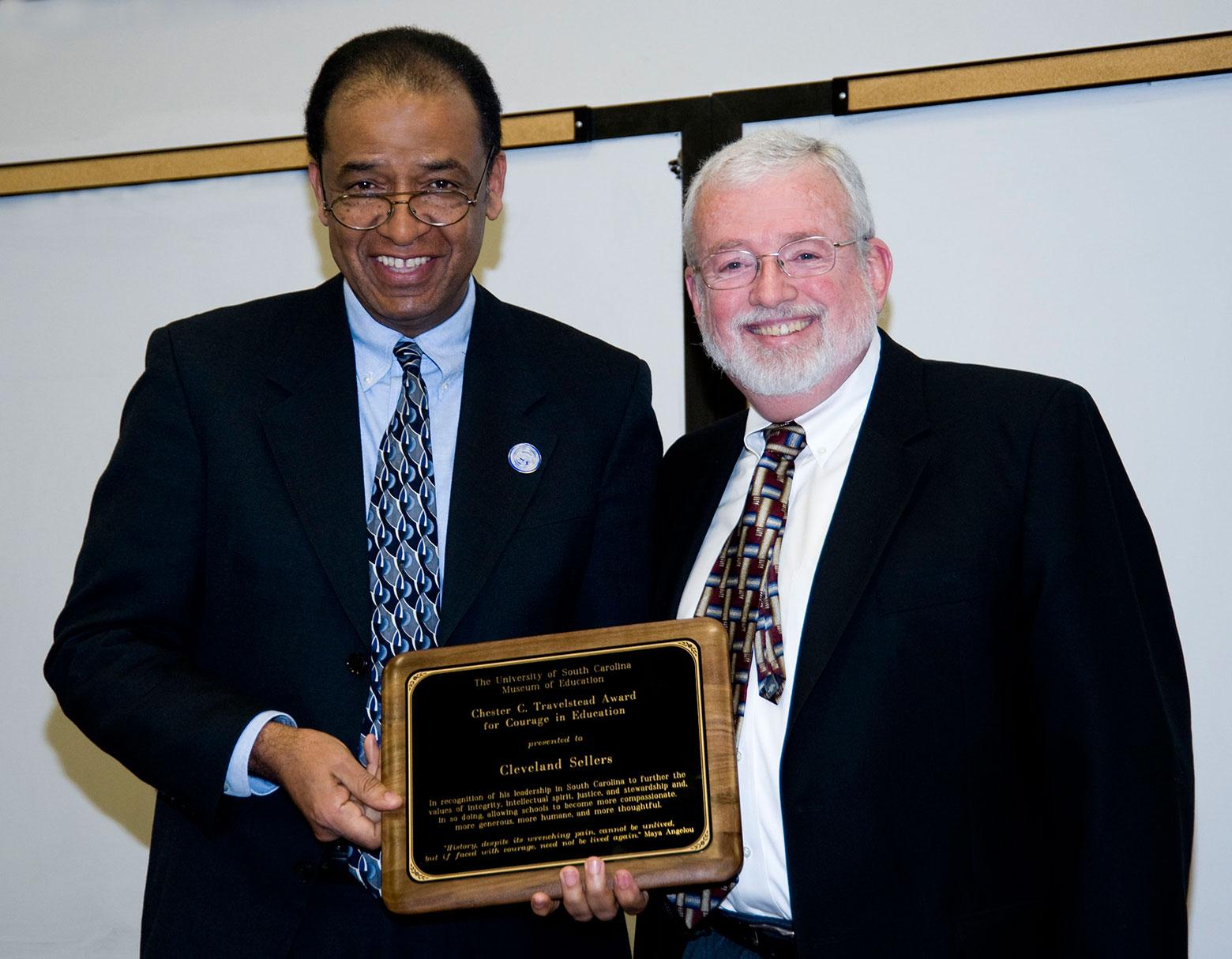 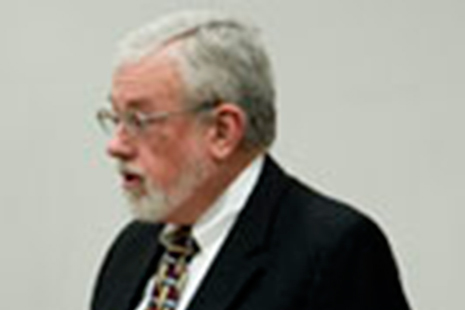 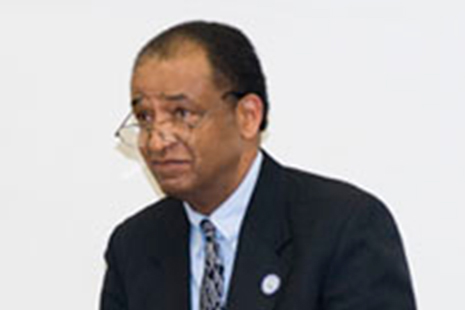