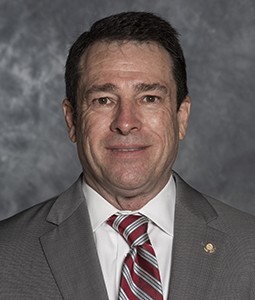 Mark A. Yancey directs the law school’s new, non-lawyer graduate programs that will offer a Master of Legal Studies (MLS) degree in Health Care Law and a Certificate in Health Care Compliance. Prior to joining USC School of Law, Yancey served as a member of the United States Department of Justice’s (DOJ) Senior Executive Service (SES) where he operated the National Advocacy Center (NAC) as its Chief Learning Officer. Before being named the Chief Learning Officer in 2018, Yancey spent 32 years as a DOJ investigator and attorney in the Western District of Oklahoma. Yancey first worked as an FBI Special Agent and then as an Assistant United States Attorney (AUSA). In 1995, as an AUSA in Oklahoma City, Yancey worked on the investigation of Timothy McVeigh and Terry Nichols immediately following the bombing of the Alfred P. Murrah Federal Building. Yancey’s kidnapping prosecution of Franklin Delano Floyd was highlighted in the book “A Beautiful Child,” and the Netflix documentary entitled “Girl in the Picture.”

From 2016 to 2018, Yancey was the Acting and Attorney General appointed United States Attorney in the Western District of Oklahoma. During his tenure as United States Attorney, Yancey reported to Attorney Generals Loretta Lynch and Jeff Sessions and helped shape policy on Native American, national security, and civil rights issues as a subcommittee member of the Attorney General’s Advisory Committee (AGAC). Yancey specializes in federal criminal practice and national security law. He is admitted to practice in Florida, Oklahoma, and Washington, D.C.