We're celebrating 150 years of excellence as the oldest law school in South Carolina.

Since our founding in 1867, the USC School of Law has educated thousands of lawyers. In fact, our proudest accomplishments come from our outstanding alumni, who have used their law degrees to pursue justice, fight for the afflicted, and make the world a better place. You can read their stories on this website and witness their impact across our state and throughout the country.

We'd also like to acknowledge our faculty, who have been the beating heart of this school from the very beginning. These educators, many of whom are also frequently-cited subject matter experts, really go above and beyond to model professionalism in practice.

As we celebrate the past, we also want to make room to think about the future of USC School of Law. We're excited that our anniversary year coincides with a fresh start in a new location. Our brand new, state of the art building boasts mock courtrooms, new classrooms, and plenty of study space with natural light. We understand that the practice of law is changing with the advent of new technologies, and we believe our new building will facilitate learning for the next generation of lawyers.

The School of Law is established as one of ten academic schools, when South Carolina College is converted into the University of South Carolina.

The Reconstruction-Era Law School graduates thirty-nine students between 1868 and 1876. Eleven of these graduates are African American.

Claudia James Sullivan graduates from the Law School, earning the distinction of being its first female graduate.

The Law School is integrated in 1964. In June 1967, Jasper Cureton earns the distinction of being the first African American graduate of the Law School since Reconstruction.

The Law School celebrates its sesquicentennial anniversary and moves into a new building on Gervais Street in downtown Columbia. 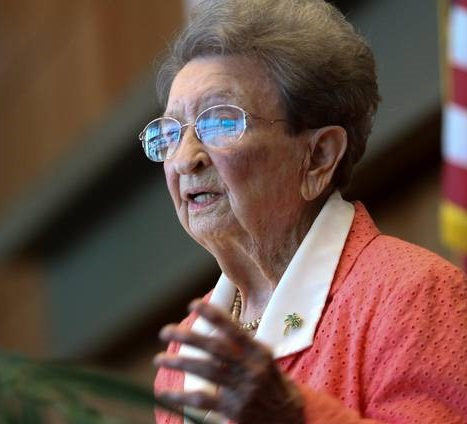 Sarah Leverette recalls that in the early 1940s, women didn’t go to law school. And if they did, they didn’t finish. When Leverette began classes at the University of South Carolina School of Law, she was one of three women. However, she was the only one to complete her studies. 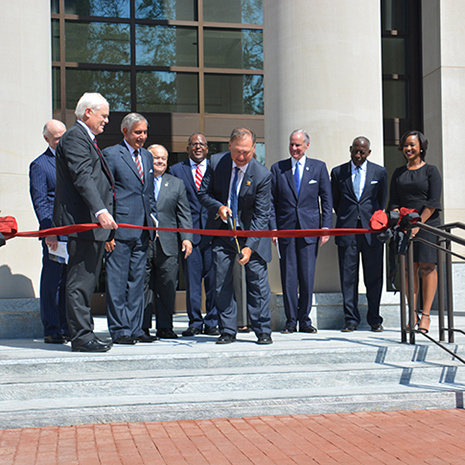 Associate Justice of the Supreme Court of the United States of America Samuel A. Alito helped celebrate the School of Law's 150 years as an institution by dedicating the new building, as keynote speaker.