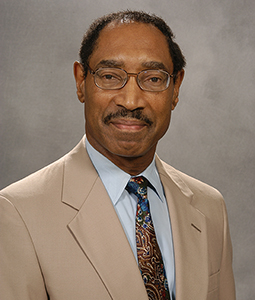 Professor Smalls joined the University of South Carolina School of Law faculty in 1989, having taught previously at American University and George Washington University. Before his retirement from U.S.C. in 2006, he taught Civil Procedure, Public Officials and the Law, Legal and Equitable Remedies, Education Law, and Federal Jurisdiction. His scholarly projects included research on Rosenwald Schools, which were schools in the rural South, funded in the early twentieth century by Julius Rosenwald, for the education of African-American children.

Professor Smalls is now President and Chair of the Freewoods Foundation, which has established Freewoods Farm, the only historical living farm museum in the United States dedicated to re-creating life on farms owned or operated by African-Americans. Freewoods Farm recognizes the enormous contributions made by African- American farmers to the economy of South Carolina, and indeed to the national economy. Located in a rural section of Horry County approximately ten miles southwest of Myrtle Beach, South Carolina, Freewoods Farm preserves, documents, and educates the public regarding the activities and practices of these farmers.