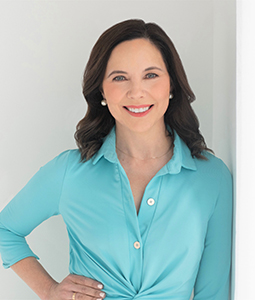 Stephanie A. Nye is the Director of Externships and Special Academic Programs.   She teaches several courses and administers the Externship Program, Children’s Law Concentration Program, and the 1L Mentoring Program.   She is also a member of the State Board of Cosmetology, South Carolina Women Lawyers Association, Leadership Columbia Class of 2014, and Leadership South Carolina Class of 2015.  In 2012 she was awarded the University of South Carolina School of Law’s Compleat Lawyer Silver Medallion Award.  In 2019 she was awarded the G. Dewey Oxner, Jr., Mentor of the Year Award from the South Carolina Supreme Court’s Commission on the Profession.

Prior to joining the law school, Ms. Nye served as both law clerk and legal counsel to the Honorable Jean Hoefer Toal, former Chief Justice of the South Carolina Supreme Court, for over 10 years.   From 2001 to 2005, Ms. Nye was an associate at Nelson Mullins Riley and Scarborough, LLP, where she practiced in pharmaceutical and medical devices and product liability litigation.  From 2005 to 2006, she served as an Assistant Attorney General at the South Carolina Attorney General’s Office, Insurance Fraud Division, where she prosecuted insurance fraud cases statewide.  She was also an adjunct professor of legal writing for three years at the University of South Carolina School of Law.