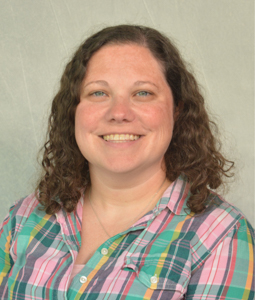 Hayli Livingston Hoover currently serves as the investigations and prosecution team’s investigations trainer for the Children’s Law Center at the University of South Carolina School of Law. She has a bachelor’s degree in biology, with a concentration in pre-med studies. She received her Class I Law Enforcement Certification from the South Carolina Criminal Justice Academy in 2009. She also has a background as a certified EMT.

She began her law enforcement career at Irmo Police Department where she served as a patrol officer. She was then promoted to the rank of corporal and supervised a road patrol shift. In 2015, she joined the Lexington County Sheriff’s Department as a road deputy.  In 2016, she was promoted to the rank of detective and was assigned to the Special Victim’s Unit. She investigated numerous types of crimes including physical child abuse, sexual child abuse, child death, homicide, robbery, adult sexual assault, suicide, assault, and vulnerable adult abuse. In 2017, she took on a grant position for the investigations of child abuse, child death, and vulnerable adult abuse. In December 2019, she became the investigations trainer at the Children’s Law Center. She has had extensive and continuous training in several areas of criminal investigations, with a focus recently on child abuse and child death investigations.