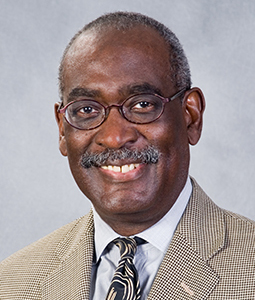 Professor Gaines joined the University of South Carolina Law School in 1978 as an Assistant Dean and Lecturer in Law. He formerly attended Kansas University as a Scholarship athlete graduating in 1970 with a BS degree in Education. He later received his JD degree from Kansas University Law School in 1976. After practicing in Kansas and Washington DC, he then became a departmental legal advisor at the University of Maryland in College Park, Maryland. Upon completion of his LLM in Litigation at Emory University in Atlanta, Georgia in 1990, he became a member of the Department of Clinical Legal Studies faculty in 1991. His teaching and writing interests include Criminal Trial Practice, Criminal Practice Clinic, Pretrial Litigation, Evidence, and Trial Advocacy. He has served as a legal commentator and presenter on many CLE panels, at clinical conferences, workshops, and seminars, and for numerous news media outlets. He serves as State Chair for South Carolina Common Cause, and he served as a board member on the Richland Community Health Care Association where he formerly served as chair in 2002 and 2013. He has also served on several law school and university committees in addition to serving as an advisor for the Black Law Student Association and mock trial teams over the years. He has been a member of John Belton O'Neall Inns of Court since 2003. He was appointed Director of Clinical Legal Education in the spring of 2016.