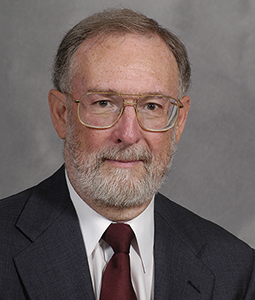 Professor Flanagan graduated from the University of Notre Dame in 1964 and the University of Pennsylvania Law School in 1967, where he was a member of the Law Review. Prior to joining the faculty at the University of South Carolina School of Law in 1979, he served in the United States Army, was an Assistant U.S. Attorney for the District of Columbia, and was in private practice with Bell, Boyd, and Lloyd in Chicago, Illinois.

Before his retirement in 2009, Professor Flanagan taught Federal Practice, Federal Discovery, Federal and State Procedure, Federal and State Evidence, Remedies, and other trial-related courses. He is the author of South Carolina Civil Procedure (3d ed., 1996) and its predecessor, South Carolina Civil Procedure (1985, with Dean Harry M. Lightsey), as well as articles on procedure, evidence, and administrative law. He is a member of the United States District Court Rules Advisory Committee in South Carolina. He served as reporter to the South Carolina Supreme Court Rules Advisory Committee, which drafted the civil rules of procedure for circuit courts adopted in 1985, and as reporter to the committee that drafted the Rules of Procedure for the South Carolina Administrative Law Court. He has been a consultant on procedural issues to the courts and to the South Carolina Judicial Council and is a member of the Fulbright Roster of Specialists.