Laying an imaginative foundation for the 1692 Salem witchcraft trials that would follow decades later, writer-director Robert Eggers’ impressive debut feature walks a tricky line between disquieting ambiguity and full-bore supernatural horror, but leaves no doubt about the dangerously oppressive hold that Christianity exerted on some dark corners of the Puritan psyche.

After being banished from their New England colony, a devout Puritan family moves to an isolated farm at the edge of a forest. William, Katherine, and their children are ready to start a new life, but when daughter Thomasin plays peek-a-boo with newborn Samuel and he suddenly vanishes, it becomes clear that something sinister lies within the woods.

Wrecked by Samuel’s disappearance, the family spirals into turmoil as fears of sin, sexuality, and the forces in the forest loom. They can only pray their faith sustains them. Eggers’ debut explores the unholy extremes of religious hysteria, patriarchal oppression, and occult horror. 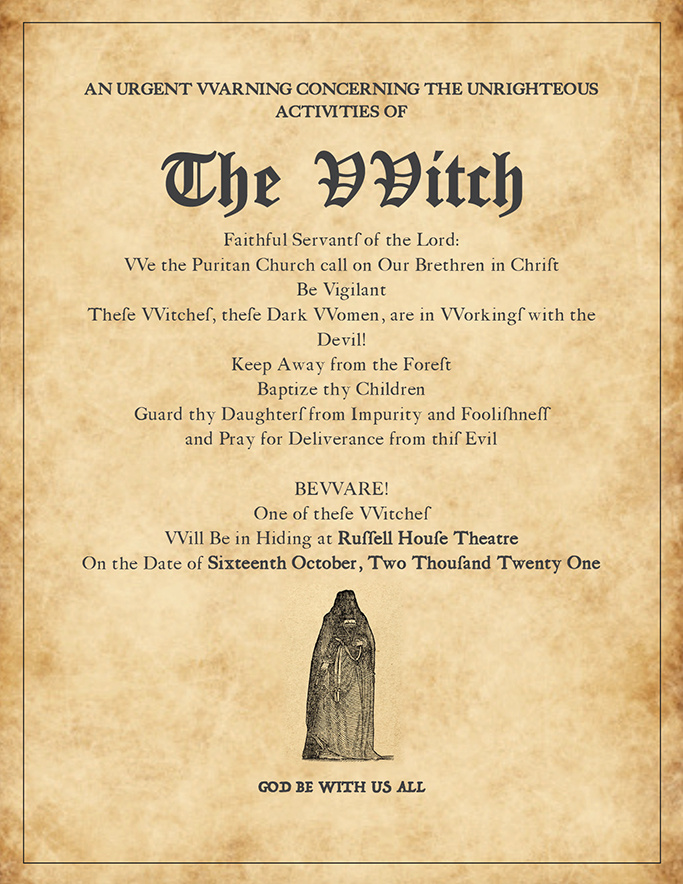 At previous Nick screenings, program notes were distributed to the audience. These items are all creative extensions of the film narratives.