I love the South but hate it at the same time. Even writing the words “I love the South” makes me a bit uncomfortable. It seems like something that would be written on a Confederate flag bumper sticker, placed on the rusted fender of a pickup.

The town my grandpa lives in is fascinating to me. It exemplifies both the good and bad of the South. I love the warm greetings, good food, hunting, fishing, four-wheeler rides, and family. But the iron train tracks that sharply cut through town seem to be a wall, separating people by color, though no one ever really says anything about it.

It was Thanksgiving, I was about nine and my whole family sat on the couch watching the Ole Miss football team play Mississippi State. The game is a rivalry and my grandfather had gone to Ole Miss, so we watched it nearly every year. It was a close one; I don’t recall the details but I know Ole Miss needed a touchdown with about a minute to go. The quarterback heaved a pass, catch, touchdown, the crowd went crazy and my entire family cheered, even my mom who hates football.

But after the catch, in what was meant as a funny celebration, the receiver got on all fours, lifted his leg, and pretended to pee on the Mississippi State logo. Immediately, all the refs threw their yellow flags and gave him a penalty for excessive celebration that pretty much decided the game, giving the rival team the win. My family booed and yelled. Then my uncle shouted, “That was some n****r shit.”

The room quieted down immediately. No one said anything. My mom and dad guided my brother and me back to the rooms we were staying in. Later I remember hearing shouting coming from the living room but I couldn’t make out what was said. The next morning my dad, uncle, and I ate breakfast in silence. We were up early, about to head out to the woods to hunt, so no one bothered to turn on the lights. As we sat there eating in the dark, no one said a word. The only noise came from the crinkling of the tin foil that was wrapped around the sausage, egg, and cheese biscuits that tasted like plastic.

The silence continued throughout the drive to the woods, in contrast to the usual, nearly constant, small talk between my father and uncle about all things hunting, like the weather, which way the wind was blowing, and what the trail cam had recently snapped pictures of.

The woods were still that day; no one saw anything except a few squirrels. After the hunt, on the walk back to the truck my uncle pulled me aside. “Sorry I had a few drinks too many last night, I didn't mean to use that word, it just slipped out.” I nodded, just trying to escape the awkward moment as fast as possible.

In the visits and family gatherings since no one has ever said anything about that night. My mom's side of the family likes to keep things quiet – long talks about the weather, farm fields, or football teams take up hours. But through all the talking nothing is really ever said.

When I say I love the South, I realize now I only like it because I am able to like it. There are people who shake my hand firmly, smile, and talk to me for what seems like hours when I walk into a store, in that town. But when someone who lives on the opposite side of the train tracks comes in behind me, they go quiet. They will still wave and smile, going through all of the motions, but they look artificial, almost like actors playing their roles poorly. When I was younger I thought everyone had interactions like my own; I thought my uncle's choice of words was really only because he had had too many drinks. But the older I get the more I realize that it wasn’t at all. 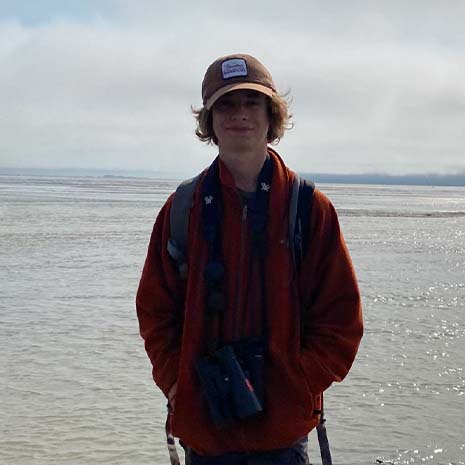 Jack Ross is a junior at Charleston County School of the Arts, where Danielle DeTiberus, Rutledge Hammes, and Elizabeth Webb Hart are his creative writing teachers. The son of Leila and Buff Ross, Jack plans to attend a four-year college.