The Curriculum My Brother Deserves

I was eleven years old when my biracial family was denied service at a South Carolina restaurant because the staff felt “uncomfortable” waiting on a White majority party with one four-year-old Black member. My parents then had to explain to us why we needed to get back in the car and find somewhere else to eat that evening. They told us that some people did not view everyone as equals; while we loved my adopted African brother with all our hearts, there would always be someone to say that our family was “unnatural” or “wrong.” Six years later and in the wake of a movement focused on exposing and mending systemic racism, I and so many others are appalled by the recent legislation passed in South Carolina severely limiting what can be taught in public schools regarding critical race theory (CRT), the study and understanding of how “historical patterns of racism are ingrained in law” and how “segregation and Jim Crow still create an uneven playing field for Black people and people of color” (The New York Times).

In June 2021, South Carolina Governor Henry McMaster told The State, “I don’t think that the critical race theory—and there’s different understandings of what that means—but it seems to me that it is certainly not necessary for the education of young people four years old all the way through high school.” My brother has been on the receiving end of the bitter teeth of racism ever since he first came from the Democratic Republic of the Congo to the United States at eighteen months old. If my young siblings and I had to experience the confusion and fear of being turned away from an establishment because of one of our skin colors, we were old enough to learn about the deeply rooted issues that led to such manifestations of racism. If my now ten-year-old brother must abstain from wearing hoodies or going out at night for fear of ending up like Ahmaud Arbery and Trayvon Martin, then it is vital that he and his peers are made aware of the elements of our country that have contributed and contribute still to a long-standing tradition of oppression towards minority communities.

The education section of H. 4100, South Carolina’s budget bill, features ambiguous language regarding how students are to be taught CRT, if at all. It bans schools from assigning moral judgment to any laws or events, past or present, whose purposes were to negatively impact the Black population in the United States. Lawmakers from states that have banned curriculum addressing CRT are concerned that it “distorts” the country’s history and paints the “United States as irredeemably racist or founded on principles of racism (as opposed to principles of equality)” (Greenville News, 2021, July 1).

Equality is an ever-evolving term. The United States can be founded on its general principles but still be tainted with the leftovers of several centuries of oppression towards minority communities. The two are not mutually exclusive. What’s important is that we don’t choose to simply sweep our country’s shortcomings under the rug but instead use the past as a learning opportunity and begin crafting a better future for subsequent generations of Black Americans. Without analyzing how past legislature such as voting literacy tests and Jim Crow laws massively harmed the Black community during their time, it is nearly impossible to examine how socioeconomic ceilings and barriers continue to harm them even today. Without condemning the heinous hate crimes and ideologies of groups such as the Ku Klux Klan, we cannot expect to bring up children who will view society’s flaws with a sense of agency and a desire to change them.

At the end of the day, it is futile to turn a human rights issue into a political battle. We must be open to learning from one another and to hear each other’s stories so that my brother and so many others like him can inherit a country where they are free to relish in the freedom and equality upon which the United States claims to be founded. My and future generations have a duty to right past wrongs and to take the steps to create a more open-minded, open-hearted country, but this will be impossible without understanding the history that has led to these very issues – and that is the duty that South Carolina has to its students.

Chhetri, Devyani. “SC Will Not Give Money to Teach Critical Race THEORY. but We Never Taught It, Say Schools.” The Greenville News, 1 July 2021, www.greenvilleonline.com/story/news/local/south-carolina/2021/07/01/critical-race-theory-sc-schools-not-taught-what-is-budget/5303357001/. 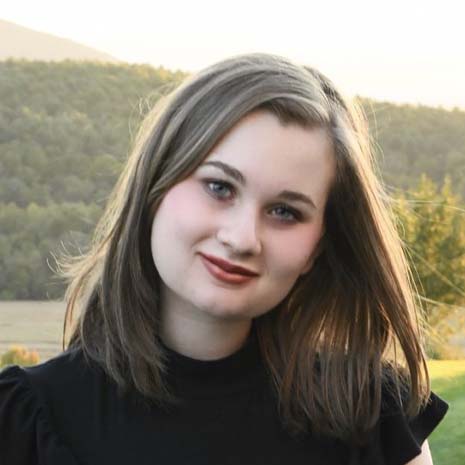 Kaylen Pritchard is a senior at Catawba Ridge High School in Fort Mill, where Heather Spittle and Christopher Revels are her English teachers. The daughter of Kathleen and Brad Pritchard, Kaylen will be majoring in comparative literature at the University of South Carolina, where she’s been accepted to the South Carolina Honors College. She plans to write for publications and documentary films focusing on social justice issues and world cultures.

Keep up with Kaylen on social!