How to Improve the State of South Carolina: Protect the Coastline

Can there be too much of a good thing? When it comes to development along South Carolina’s coast, the answer is absolutely! South Carolina’s hundreds of miles of Atlantic oceanfront not only draw thousands of people each year to beach resorts but hundreds of thousands more who decide to purchase a piece of this paradise to build homes. The construction boom – more about time and money and less about sustaining the natural environment – is putting the state’s coastline at risk. To improve South Carolina, we must demand better standards for coastal development.

In the era of climate change, South Carolina must build with an eye toward protecting its oceanfront. Climate change is leading to more regular flooding and more powerful hurricanes, leaving South Carolina’s coastline vulnerable to devastating winds, waters, and erosion. This damage costs the state millions of dollars, even if the hurricane is not a direct hit. The State newspaper noted in an August 1, 2020 story about Hurricane Bonnie in 1998: “While the eye didn’t hit South Carolina, Bonnie was close enough to cause beach erosion and an estimated $30 million in damage at flood-prone North Myrtle Beach.” Hurricane Florence, a 2018 storm, caused $600 million in damage, The State noted in a September 21, 2019, story. South Carolina allows structures to be built too close to the oceanfront, increasing the risks. In the same September 2019 story, The State noted, “developers built more than 100,000 housing units … in census tracts touching the ocean from 1990 to 2017, according to census data.” With increased flooding and storms due to climate change, this kind of construction will not only set up homeowners to suffer losses in storm after storm, but will cost the state many more millions in damage to structures and infrastructure. The state must demand buffers between the vulnerable coastline and the line where development is allowed to begin.

Developers should be required to create designs that work with and support the coastline’s natural features and defenses. Oceanfront construction eliminates dunes, coastal

shrubs and plants, trees, open land, and wetlands, all of which serve as natural defenses for the coastline. Developers often propose “unnatural” defenses in their places, such as seawalls, which may protect the immediate homes but result in erosion down the coast. More development also means more concrete and asphalt, creating runoff that can pollute waterways with sediment and chemicals, as well as impact drinking water supplies in groundwater. Construction that sustains the coastline and its people is critical, and that means working with the coastline’s natural features. Instead of building homes densely packed together, homes and buildings could be built in pod-like clusters (with a natural buffer of dunes from the oceanfront and each other), leaving more surrounding spaces with natural dunes and protective plants.

Overdevelopment also risks the coast’s character, the very reason our oceanfront is a draw. Beach renourishment, an option used to rebuild from coastal erosion in South Carolina, “must use sand that is compatible with what is currently at the beach … to be successful,” the website Green Garage explains. When it’s not an exact match, it changes the look and feel of a beach’s character. More critically in terms of character, the booming construction along the coast is destroying natural wildlife habitats. This changes the coastline’s ecosystem and overall health, which affects the environment.  The State reported in its September 21, 2019, story that “nearly 64,000 acres of open land have been developed since the mid-1990s” along South Carolina’s coastline, “replacing woodlands and wetlands.” Development must be managed using stricter standards to preserve not only the physical coastline but its character.

I have been going to the same South Carolina beach since I was one year old. In that time, I have seen towering homes built on the oceanfront, narrowing beaches, and fewer natural areas for wildlife. I, and no doubt others, feel a great sense of loss. While growth along South Carolina’s coastline is here to stay, we must demand better standards for coastal development that will protect the state, its people, and the coast itself – an asset that helps define South Carolina. 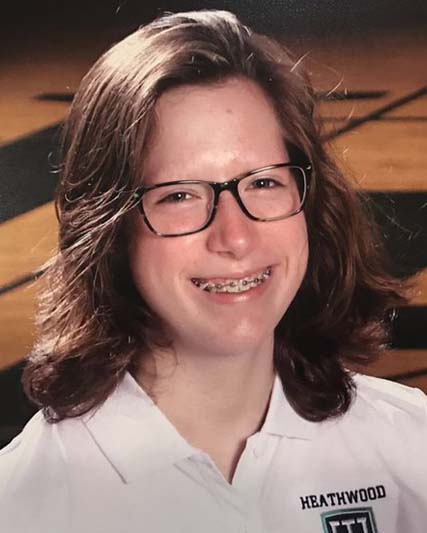 Clare Baker is a senior at Heathwood Hall Episcopal School in Columbia, where Emily Masters is her English teacher.