The Invitation is both difficult to spoil and best experienced with as little plot detail as possible. The viewer knows something’s going to happen, but Kusama does well to hold back just what, and why, until the film’s crisp denouement. This is a tense drama first and a genre flick second, but there’s a mundane horror that grips the film from the start.

Old friends, ex-spouses, new lovers, and other mysterious guests all come together against a backdrop of loss and delusion after receiving invites to a dinner party. In The Invitation, a seemingly well-intentioned yet awkward social gathering evokes a mysterious claustrophobia. The film invites you into the paranoia of the main character, Will, as he senses the unraveling of something sinister. Eventually, the friends receive invitations to more than a meal, leading to the inevitable chaos that’s threatened from the start. Undeniably thrilling, The Invitation is sure to shock as it exposes the problematic nature of denial. 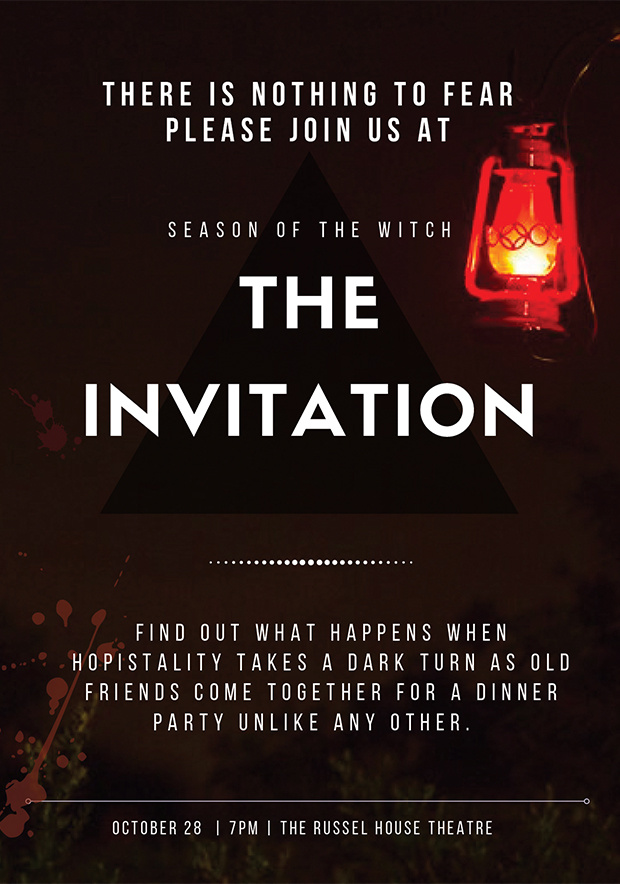 At previous Nick screenings, program notes were distributed to the audience. These items are all creative extensions of the film narratives.

Read The Invitation: Horrors of Hospitality »