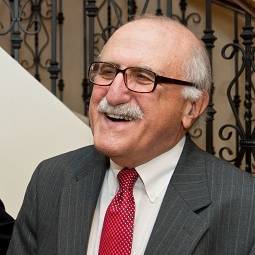 Richard R. Ferrante, PhD, former Director of Disability Resources for the University of South Carolina School of Medicine, was the first recipient of the Friend of the Genetic Counseling Program Award. In 1983, he urged the genetics faculty to develop the program and has served as primary faculty in the classroom and on thesis committees ever since. His stalwart support led us to name the award in his honor.

Our 2020 Friend of the Program is Stephanie Meredith, MA. Stephanie has been a friend of the program for over 10 years. She is the executive director of Lettercase, which produces high quality materials for health care providers to share with prospective parents of children with Down Syndrome and other trisomies. She is  the author of "Understanding a Down Syndrome Diagnosis" and similar resources for other genetic conditions. She offers presentations and training nationwide about bridging relationships between patient advocacy groups and medical professionals.

Dr. David Everman is a clinical geneticist with the Greenwood Genetic Center. Dr. Everman has served as our medical director since 2011 and is an invaluable guest lecturer for several of our program's courses. He is also involved in clinical and basic science research on the genetic basis of human limb malformations and in the supervision and education of medical genetics residents, pediatric residents and medical students.

Dr. Pai was honored for sharing our original vision to create a southeastern genetic counseling training program. He served as our first medical director for many years. He currently serves on our Advisory Board where his experience and perspectives strengthen the Program and guide our growth into the future.

Courtney Truluck and family were trailblazers, the very first family to undergo cancer genetic testing in Columbia over twenty years ago. By sharing her story with the Palmetto Health Foundation in 2016, Courtney raised awareness for the impact of cancer genetic counseling throughout our community.

Roz McConnaughy was recognized for investing her medical librarian expertise in the program as she guides faculty and students in integrating the latest evidence base in thesis research and clinical practice.

USC Associate Professor of Biology, Dr. Matesic, was honored in 2015. Dr. Matesic challenges our students to understand the edge of genomic research technologies and where research is leading our clinical practice.

C. Thomas Caskey was the 2014 honoree, having created the impetus to launch the USC Genetic Counseling Fall Symposium with his 2013 avante-garde keynote address, "Counseling the Genome".

Faculty of the Greenwood Genetic Center

The faculty of the Greenwood Genetic Center have provided lecture, laboratory and clinical expertise to our students’ development since the inception of the program in 1985. The award was presented by Dr. Ferrante himself at the May 2013 Greenwood Genetics Center case conference, at which time we recognized the significant contributions of the center and especially of Doctors Skinner, Stevenson and Everman for their consistent support of genetic counselor education.

Professors Goodwin and Blanck were honored in 2012 for their commitment to genetic counseling education. These professors, along with others from our basic science faculty, provide foundational education in human development in a four credit, two semester course for first year students. They go above and beyond for us every year.

Special Friends of the Program, Ken Corning and Angie Lichty, were recognized in 2011 for their teaching expertise which has become integral to the education of genetic counselors. Ken and Angie develop students’ pediatric genetic counseling skills through classroom instruction, interactive workshops and clinical rotations.

The 2010 honoree Ruth K. Abramson, PhD, has taught psychiatric genetics to our students since the program's inception. Dr. Abramson developed the S.C. Huntington Disease Testing and Counseling Program more than 30 years ago, serving the families of South Carolina in this special area of medicine.

Director of Public Policy for the National Down Syndrome Society was honored in 2009, for her engagement in conversations and support of master of science thesis research as we have worked together to build greater understanding between the genetics and Down syndrome advocacy communities.

We recognized Wendell H. McKenzie, PhD., Alumni Distinguished Professor Emeritus in Genetics from North Carolina State University upon his retirement in 2008. Dr. McKenzie has lit the genetics enthusiasm of many undergraduate students over his career.

Richard R. Ferrante, PhD, former Director of Disability Resources for the University of South Carolina School of Medicine. In 1983, Richard urged the genetics faculty to develop the program and has served as primary faculty in the classroom and on thesis committees ever since. 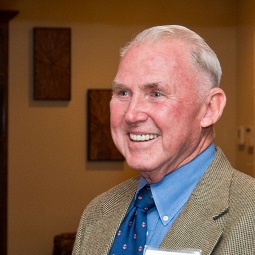 Meg excelled in the classroom and in her fieldwork during her graduate career. She was a LEND trainee and consistently eager to develop both academically and professionally. Meg's thesis project expanded upon practice guidelines for Down syndrome:  Revisiting the Essential Informational Needs of Parents Receiving a Diagnosis of Down Syndrome, She is continuing her passion for medical genetics as a pediatric and adult genetic counselor with the Greenwood Genetic Center in Charleston, SC.

The Genetic Counseling Program has always recognized our success as a program comes from the accomplishments of our very active alumni. Since 2001, the School of Medicine has honored an outstanding alum each year, welcoming them to the School of Medicine Black Tie-White Coat Gala and the Dean’s Awards Dinner in the spring, and inviting the alum to visit with program faculty and students, often as a special guest lecturer. We are proud of our graduates!

Wilson is a product manager at Quest Diagnostics and specializes in oncology and consumer-initiated testing. She is involved with several genetic counseling training programs as a lecturer, supervisor, and thesis committee member. Wilson serves as a member of the Board of Directors for the American Board of Genetic Counseling. She also is active in the National Society of Genetic Counselors.

Previously, Wilson spent seven years at the University of Texas Health Science Center in Houston as a prenatal genetic counselor, assistant professor in the Genetic Counseling Training program, and as director of Cancer Genetic Services. While at UTHSC, she established and coordinated several cancer genetic counseling services in the greater Houston area. 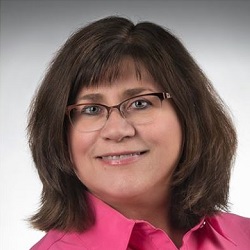 Named in honor of Vicki Vincent, MS, CGC who graduated in the inaugural class of the Genetic Counseling Program and services on faculty as a teacher, mentor and clinical supervisor for over 30 years. This award honors a genetic counselor that serves as an exemplary clinical rotation supervisor. The honoree is nominated by the graduating genetic counselors annually and awarded to an individual who exhibits the qualities of an ideal supervisor: "providing balanced feedback, cultivating the critical thinking process, building confidence, allowing autonomy with respect for student opinion and fostering a collegial relationship."

Jessica Davis has been a clinical supervisor to students of the USC Genetic Counseling Program for the past 2 years. She received her master’s in genetic counseling from the University of Texas Graduate School of Biomedical Sciences. Jessica is a pediatric and adult genetic counselor with the Greenwood Genetic Center in Greenville, SC. 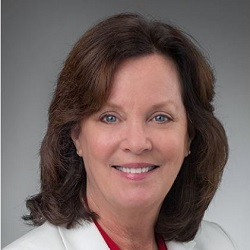 Janice Edwards, MS, CGC, Program Director for UofSC GC Program is the 2020 recipient of the Dean's Career Achievement Award, honoring her nearly 40 year commitment as a clinical educator and leader for the genetic counseling profession both nationally and abroad. 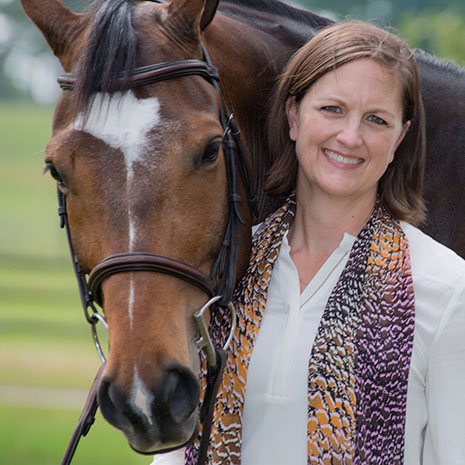 Friends of the Program

Courtney Truluck and her family were the very first family to undergo cancer genetic testing in Columbia over twenty years ago. Truluck was recognized as the 2017 Richard R. Ferrante Friend of the Genetic Counseling Program Award recipient.