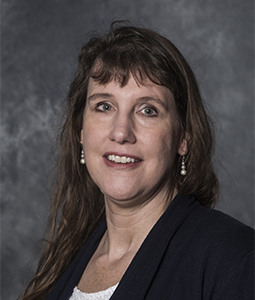 I study bacterial pathogenesis and most of my research centers around Helicobacter species. H. pylori infects roughly half of the world’s population and colonization is lifelong unless specific treatment is given. H. pylori causes gastric inflammation in all infected individuals, which progresses to gastric or duodenal ulcers in about 10% of patients and can lead to gastric cancer. Epidemiological evidence links H. pylori infection to a growing number of extragastric diseases, including cardiovascular disease, autoimmune diseases, glaucoma, and Alzheimer’s disease. Other Helicobacter speices may contribute to inflammatory bowel diseases and hepatic or colorectal cancer. My goal is to uncover mechanisms through which Helicobacter species contribute to a range of diseases. Our laboratory has found evidence that H. pylori worsens atherosclerosis, promotes clot formation, and causes endothelial dysfunction. Chronic inflammation is believed to contribute to many H. pylori-associated diseases. H. pylori strains vary considerably in their abilities to cause inflammation, but the reasons for this variability are only partially understood. Adherence to gastric tissue is an important component of H. pylori pathogenesis. We have discovered two laminin-binding adhesins, AlpA and AlpB, and found that the presence of these adhesins serves to limit gastric inflammation, rather than enhancing inflammation as predicted. We currently seek to determine how AlpA and AlpB modulate the inflammatory response and how alterations in the inflammatory response influence carcinogenesis and other diseases.

Helicobacter pylori was the first bacteria proven to cause cancer. Other bacterial species have been found to contribute to certain cancers in animal models, but their roles in human cancers are not clear. A long-time collaboration with investigators at Uniformed Services University of the Health Sciences and Mercy Medical Center in Baltimore revealed that H. pylori and other bacteria are present within a rare mucinous peritoneal cancer, pseudomyxoma peritonei (PMP). A preliminary clinical trial demonstrated that treating patients with a standard H. pylori antimicrobial regimen prior to surgery prolonged survival and partially normalized β-catenin localization in tumor cells. The peritoneal cavity is normally a sterile site. PMP originates in the appendix and later invades the peritoneal cavity. Therefore, organisms within tumors likely originate from fecal flora, yet the tumor microbiome most closely resembles the lung microbiomes of cystic fibrosis patients. This suggests that the peritoneal environment strongly selects for mucin-associated organisms, as well as organisms capable of evading the host immune response. On the other hand, PMP-associated bacteria appear to be relatively non-pathogenic, since PMP patients do not develop peritonitis. I have isolated several unusual bacterial species from peritoneal tumors, including one representing a new species, and am using in vitro and in vivo approaches to determine whether these species contribute to tumor development or growth. Since PMP is closely related to colorectal cancer, our results may lead to improved treatment or prevention strategies for colorectal cancer.

Iron is essential for the growth of almost all living things, yet virtually all free iron in mammals is tightly bound by heme, transferrin, lactoferrin, and other host molecules. This tight control of iron prevents the growth of most bacteria in the bloodstream or tissue. Bacterial pathogens have various mechanisms for stealing iron from the host. Our laboratory discovered that H. pylori preferentially binds apo-transferrin and apo-lactoferrin, which lack bound iron. Most bacterial pathogens preferentially bind holo-transferrin and holo-lactoferrin, which contain bound iron. The H. pylori binding properties would appear to be disadvantageous; however they explain why H. pylori almost never causes sepsis and why most H. pylori-infected patients do not have obvious symptoms. We have identified an H. pylori hemoglobin receptor and seek to identify genes for transferrin and lactoferrin receptors.