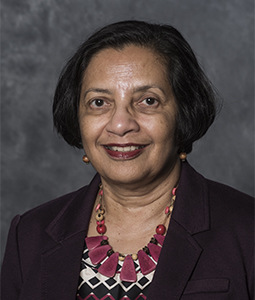 I have broad-based research interests in the areas of Inflammation, Cancer Immunology and Immunotherapy, Biodefense, Immunopharmacology, Immunotoxicology, as well as Complementary and Alternative Medicine. Inflammation is the underlying cause of various diseases including cardiovascular, neurodegenerative and autoimmune diseases as well as obesity, aging and cancer. We are mainly using cutting-edge technology including epigenomic and genomic approaches to study various diseases both in experimental models and in patients. Our research also focuses on in silico modeling as well as use of ex vivo cultures for determining cellular and molecular mechanisms. In addition, we are studying yet another novel research area namely the dysbiosis in the microbiome in various tissues. Our lab is supported by several grants from National Institutes of Health (NIH) (R01 AI129788; R01 AT06888; R01 MH094755; P01 AT003961; P20 GM103641). Currently, we are pursuing research in the following specific areas: