Honors student gives back from Columbia to Costa Rica

Whether she’s volunteering with doctors in Costa Rica, giving back with her sorority or mentoring Honors freshmen, Reagan Davis is motivated by her passion for helping others in nearly everything she does. An Honors junior from Columbia, South Carolina, she hopes to use her biology major and public health minor to become a women’s health physician and fight the disproportionately high maternal mortality rates for Black women.

Davis has always felt a calling to help others, but her passion for healthcare crystallized during the summer after she graduated high school. Instead of taking a “fun” vacation for herself, she traveled with Vida Volunteer to rural villages in Costa Rica that lacked sufficient access to healthcare. She was inspired by the mission behind Doctors Without Borders and thought that Vida Volunteer’s program was a great opportunity to give back to people in poorer countries. The people that she met in Costa Rica left a huge impact on her, and her experience gave her a different outlook on what healthcare should be.

“It should not be based on money. It should be based on helping people and wanting to educate people on how to be healthy and stay healthy,” said Davis.

Even though she’s not in Costa Rica anymore, Davis has still been able to continue her passion for helping others through her sorority Alpha Kappa Alpha. According to Davis, one of their biggest goals as a sorority is to give back to others through service, and even though they do a lot for the community, her favorite initiative helps women all around the world.

“One of my favorite things that we do is you make these pillowcase dresses, and then we send them to underdeveloped countries for girls and women to wear. So that’s one of my favorite projects that we’ve done so far,” said Davis.

“The biggest thing about the Black Honors Caucus is a sense of community and just knowing that there are other people who struggle with the same things that I struggle with,” said Davis.

Even though she’s already making a positive impact on the lives of others, Davis hopes to continue making a difference by working in the field of women’s health and possibly focusing on child delivery. As a Black woman, she also has a personal connection that drives her passion for women’s health. According to Davis, Black women are three times more likely to die during childbirth than white women. She wants to be part of the force that changes that statistic.

She has already completed a series of research papers on maternal mortality rates in the United States, and she plans to continue her research by extending it into her Honors thesis. Along with her innate passion and smarts, Davis says that being in the Honors College has helped position her to pursue a successful career in healthcare after her graduation.

“I really feel like the Honors College does a good job of reaching out to people, and giving them opportunities, and putting them in positions to be successful,” said Davis.

Even though Davis has thrived during her time here at UofSC, it’s doubtless that, whether she’s in Columbia or Costa Rica, she will continue to shine a positive light on the lives of others.

Haley Capps is a sophomore English and political science major and journalism minor in the Honors College and is from Myrtle Beach, South Carolina. In her free time, she loves baking, yoga and reading old books. 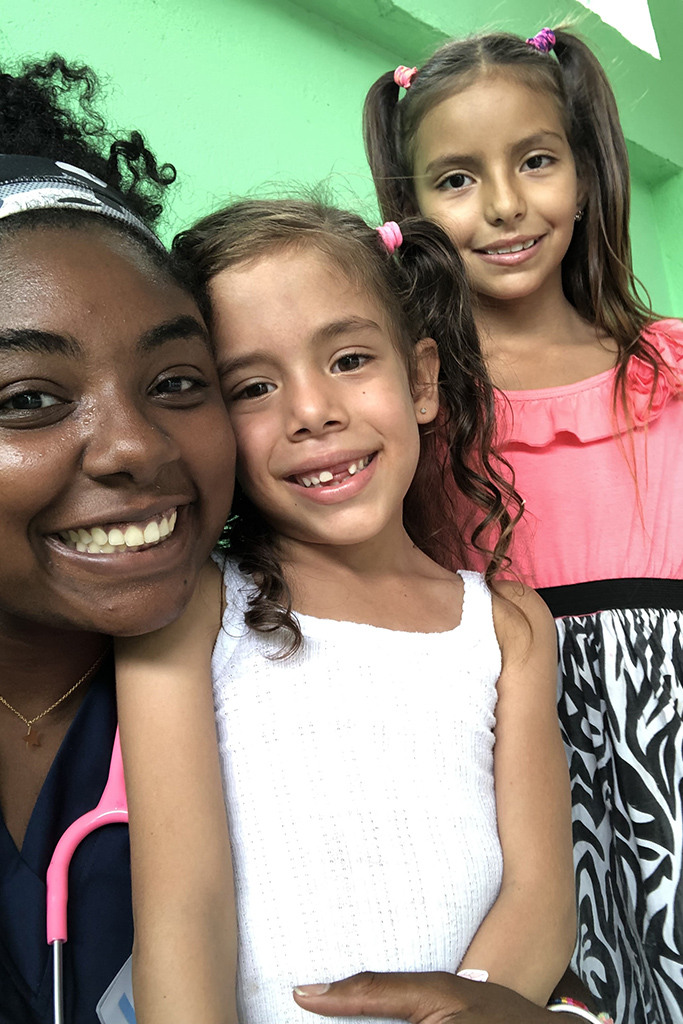 Photos of Davis in Costa Rica.