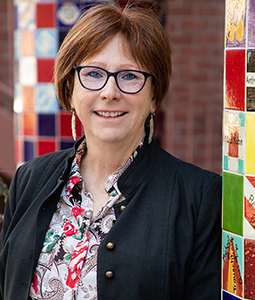 Rebecca joins the UofSC Law Library from the University of Arizona where she was a Fellow at the Daniel F. Cracchiolo Law Library at the James E. Rogers College of Law while pursuing a Master of Arts in Library and Information Science. Before joining the law librarian cadre, Rebecca practiced law in Flagstaff Arizona for almost 20 years; first at the Coconino County Attorney’s Office, then with the Hopi Tribe as Deputy General Counsel, and ultimately as a Solo Practitioner.  Rebecca also was the Chief Prosecutor for the Gila River Indian Community, a Deputy County Attorney for the Maricopa County Attorney’s Office, the Ak-Chin Indian Community Prosecutor, the Pasqua Yaqui Tribal Prosecutor, and an Assistant General Counsel with the White Mountain Apache Tribe right after law school. Rebecca served as a Judge Pro Tem for the Flagstaff City Court and the Coconino County Justice Courts and still serves as a Justice Pro Tem for the Pasqua Yaqui Court of Appeals.  Her study scholarship interests lie in social and access to justice, as well as in Tribal and Indigenous law.  She grew up in Tucson and in her spare time, she hikes with her dog and likes to ride her motorcycle.