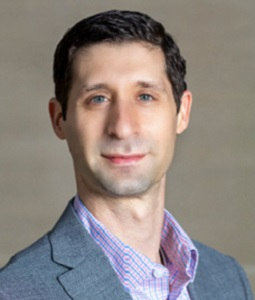 Research in the Jasnow Lab is centered around gaining a better understanding of overlapping neural circuits and molecular mechanisms regulating aversive behavior (fear and stress-responsive behaviors) and appetitive behavior (drug seeking and social behavior). To accomplish this our lab integrates several interrelated fields that include behavioral neuroendocrinology, social behavior & stress, learning and memory, the neural control of fear, and addiction. The framework for our approach is the principle that integrative, multidisciplined research enables biologically and ethologically relevant discoveries of the interaction among genes, neural circuits, and the environment. We strive to understand how these systems interact to regulate behavior – both adaptive and maladaptive – in relation to health and disease. Work in the Jasnow Lab is funded by the National Institute of Mental Health and Private Foundations.
Neural circuits of generalized fear memory
Memories are not maintained as stable neural representations across time. As a result, old recalled memories are rarely the same as when they were initially formed. Although dynamic neural ensembles representing memories have been characterized, we still have a limited understanding of how changes in ensembles and their associated neural circuits contribute to the loss of memory specificity that occurs over time. This has broad implications for forgetting, memory dysfunction due to aging or dementia, and overgeneralization associated with anxiety disorders and stress-related disorders such as post-traumatic stress disorder (PTSD). A major focus in our lab is identifying how changes in memory systems contribute to a loss of context memory specificity and increased generalization over time.
Neuroendocrine regulation of generalized fear
Anxiety disorders are highly prevalent and disproportionately affect women. Although this sex bias is well-established, the underlying mechanisms remain unclear. Our work has shown that intact female rats generalize fear at a faster rate over time than intact males and this effect is due to estradiol. Ovariectomy eliminates context fear generalization in females, which is restored by estradiol administration. In contrast, gonadectomy in males promotes fear generalization, which is suppressed by administration of testosterone or estradiol. Thus, estradiol normally promotes context generalization in female rats, whereas it suppresses contextual generalization in males through aromatization from testosterone. Our research focus here is to identify the cellular and molecular mechanisms explaining why estradiol promotes generalization in females while reducing it in males and how this relates to increased vulnerability to anxiety disorders and stress-related disorders in women.
Cortical and amygdala integration in the nucleus accumbens controlling fear extinction
Excessive associative fear is a hallmark symptom of many anxiety disorders and phobias. These disorders frequently co-occur with substance abuse or mood dysregulation, severely complicating treatment and the recovery process. A major challenge to understanding and treating co-morbid substance abuse and emotional disorders is identifying how brain regions involved in reward may integrate with neuronal circuits regulating the expression and extinction of conditioned aversive responses.
Adolescent stress, corticosterone, and behavioral resilience
Negative experiences during vulnerable life periods can drastically shape adult brain and behavior. One of these vulnerable periods is adolescence. Indeed, exposure to negative experiences during adolescence is associated with increased co-morbid substance abuse and major psychiatric illness. Our data suggest that a blunted corticosterone response to early adolescence stress leads to an adult susceptible social stress and drug seeking phenotype – data that is supported by human literature on post-traumatic stress disorder. Our current experiments aim to understand the molecular interactions between early adolescent stress and elevated corticosterone that may underlie behavioral resilience.