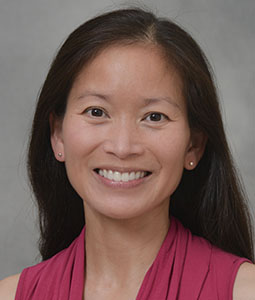 Susan Kuo is a Professor at the University of South Carolina School of Law and serves as the Associate Dean for Academic Affairs. She is an affiliated researcher with the Hazards and Vulnerability Research Institute. Her research focuses on disaster law and social justice and has been published in law reviews including the Washington University Law Review, the Boston College Law Review, the Indiana Law Journal, and the U.C. Davis Law Review. Her article, Disaster Tradeoffs: The Doubtful Case for Public Necessity, received the 2014 Outstanding Faculty Publication award. She is a co-editor of The Cambridge Handbook of Disaster Law: Risk, Recovery and Redevelopment, under contract with Cambridge University Press.

Kuo holds the Class of 1969 Chair for Teaching Excellence. In 2014, she received the University of South Carolina Michael J. Mungo Graduate Teaching Award. In 2008, 2010, 2020, and 2021 she was voted Outstanding Faculty Member by the student body.  She was recognized as Best Classroom Teacher in 2014. Previously, she taught at Northern Illinois University College of Law and was voted Professor of the Year in 2000, 2002, 2005, and 2006. In 2013, Kuo was selected for inclusion in a study of “Best Law Teachers” along with 25 other law professors nationwide. The results of this study appear in the book, What the Best Law Teachers Do, published by the Harvard University Press. She is frequently invited to share her expertise on pedagogy, including how to address sensitive topics in the classroom, and she has led workshops on diversity and inclusion for judicial conferences, bar associations, law firms, law schools, student organizations, and businesses.