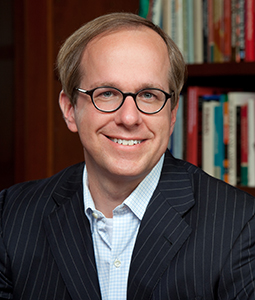 Thomas Crocker is a Professor of Law at the University of South Carolina School of law where he teaches courses on Constitutional Law, Criminal Procedure, Free Speech and Democracy, National Security and the Constitution, as well as seminars in Jurisprudence and Law & Literature.

Professor Crocker graduated from Yale Law School, where he was Book Reviews Editor of the Yale Law Journal and an editor of the Yale Journal of Law & the Humanities. After graduating from law school, Professor Crocker clerked for Judge Carlos F. Lucero on the United States Court of Appeals for the Tenth Circuit. Prior to attending law school he completed a Ph.D. in philosophy from Vanderbilt University, an M.A. in philosophy from the University of Wales, and a B.A. summa cum laude from Mississippi State University, majoring in Economics and Philosophy. He also taught philosophy at St. Lawrence University in New York as a Visiting Assistant Professor before attending law school.

His book, Overcoming Necessity: Emergency, Constraint, and the Meanings of American Constitutionalism  (Yale University Press, 2020), received the 2020 Palmer Civil Liberties Prize. The Palmer prize is awarded for exemplary works of scholarship exploring the tension between civil liberties and national security in contemporary American society. Overcoming Necessity analyzes how the concept of necessity interacts with constitutional commitments to create dynamic challenges to constitutional governance, especially during times of emergency. The project is motivated by a debate that emerged in the post-9/11 literature about the nature and function of constitutions and constitutionalism in relation to claims that emergencies make necessary, and can thus justify, extralegal government action. This debate relied on an unexamined initial premise that claims about necessity play a special justificatory role, and that these necessity claims were at best in tension with constitutions and constitutionalism and at worst in direct conflict. Overcoming Necessity examines this premise and argues that American constitutionalism has a rich tradition of addressing, and overcoming, claims about necessity.

Professor Crocker has held fellowships as a Visiting Scholar at the American Academy of Arts & Sciences in Cambridge, MA (where he was also a Fellow at the Harvard Humanities Center), and as a Senior Fulbright Scholar in Germany at the Johann Goethe Universität, Frankfurt am Main, where he was a resident fellow at the Forschungskolleg Humanwissenschaften (Institute for Advanced Studies in the Humanities) and a participant in the Formation of Normative Orders Excellence Cluster. He also received a DAAD Senior Research Fellow Grant for additional research  the Normative Orders Excellence Cluster in 2019. He was a Visiting Research Fellow at the Institute for Advanced Studies in the Humanities at the University of Edinburgh in Summer 2013. He was the MacCormick Visiting Research Fellow at the University of Edinburgh School of Law from April 2015 through August 2015 and a Visiting Scholar again during summer 2017. In 2013, he was named a USC Breakthrough Star in recognition of the scholarly impact and potential of his work.

Crocker’s additional scholarship focuses on issues of privacy, constitutional interpretation, and the nature of constitutional constraints. His articles have appeared in, among others, the UCLA, Texas, Washington University, Indiana, Boston College, Fordham, and Connecticut Law Reviews as well as the Journal of Criminal Law & Criminology and the University of Pennsylvania Journal of Constitutional Law. He won the law school’s Outstanding Article Publication award three times. His article, “From Privacy to Liberty,” which appeared in the UCLA Law Review, was selected for presentation at the 2009 Law & Humanities Interdisciplinary Junior Scholars Workshop held at Georgetown Law Center.

He is working on a new book project, provisionally entitled, The Constitution of Liberty: Privacy, Community, and the Future of Democratic Citizenship. 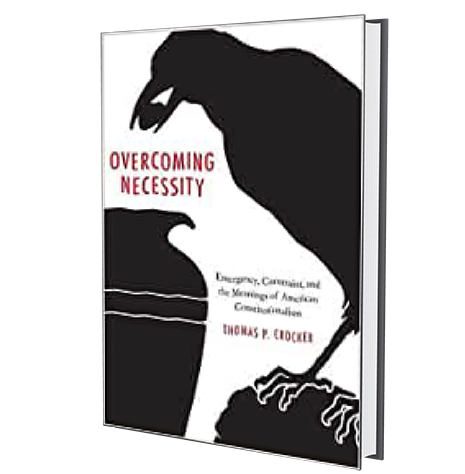 Read more about the prize