The comic book industry has named a book by University of South Carolina professor Qiana Whitted as the best academic book of the year. 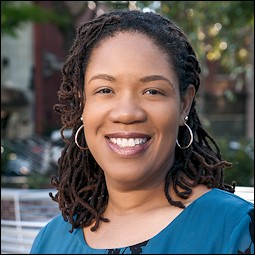 Whitted’s book EC Comics: Race, Shock, and Social Protest received the Eisner Award for Best Academic Work in the industry’s virtual awards ceremony last Friday. It was one of six books nominated for the award, but it was selected by a vote by comics professionals worldwide.

Published in 2019 by Rutgers University Press, the book explores how Entertaining Comics Group addressed racism and social issues. EC Comics was best known for gothic and horror comics, such as Tales from the Crypt, and Mad Magazine, but it also used the comic book medium to share stories with a message.

Whitted, a professor of English and director of the African American Studies program, is a longtime fan of comics. When she began teaching classes about comic books, she connected that personal interest with her scholarly expertise in African American literature. “I saw places where I could bring the two together,” she says. “I have a special interest in comics about race, history and identity.”

Writers were talking about racism and social justice issues from their perspectives, but popular culture was talking about those issues, too. I was fascinated by these parallel tracks.

Eventually, a student gave her a copy The Guilty, an EC Comics publication about a black man murdered by a white sheriff. Whitted noticed it was published in 1952, the same year that Ralph Ellison published The Invisible Man, one of her favorite novels to teach. “I love thinking about what African American writers were doing during that period,” she says. “Writers were talking about racism and social justice issues from their perspectives, but popular culture was talking about those issues, too. I was fascinated by these parallel tracks.” 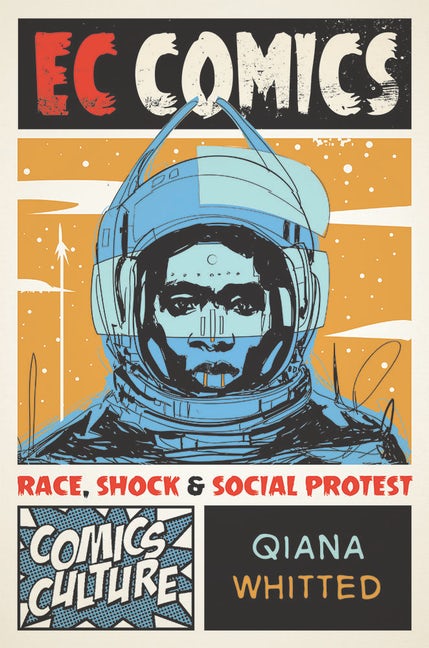 Before then, Whitted was mostly familiar with EC Comics’ “monsters and aliens,” she says. “It was a pleasure to realize that they were also interested in these social and political stories as well. I wanted to write this book to look at the strategies they used to get the stories across to different audiences, and how were they able to do that when so many other publishers tried and failed.”

She says titles like Tales from the Crypt kept the company profitable, allowing an investment into publications that were more focused on sharing a message. EC Comics used popular formats, such as crime stories, to convey social justice themes. “They saw an opportunity to make a statement with their comics,” Whitted says.

The book is not Whitted’s only appearance in the Eisner Awards, which are run by Comic-Con International. She is the editor of Inks: The Journal of the Comics Studies Society, which was nominated for a 2020 Eisner Award in the category of Best Comics-Related Periodical/Journalism.

She says that comic studies presents fascinating opportunities for exploring literature. “If you're interested in storytelling of any kind, comics are another form of that," Whitted says, noting that comics were often shaped by readers’ responses to the periodicals. “That kind of interest that's widespread is worthy of study.”

Whitted is not the only person in the College of Arts and Sciences to win a 2020 Eisner Award. Chuck Brown in the Department of History won for "Best Continuing Series" as a co-writer for Bitter Root.