The Humanities Collaborative fosters a thriving community on campus. Please see our current list of events and check back for future announcements!

Calendar at a Glance

Expanding the list above will highlight our future schedule of events and provide a downloadable flyer or additional information as available. Detailed descriptions of lectures, book talks, and visitors are also listed in the Event Details below. For our DH talks, more info is available on our Digital Humanities page. 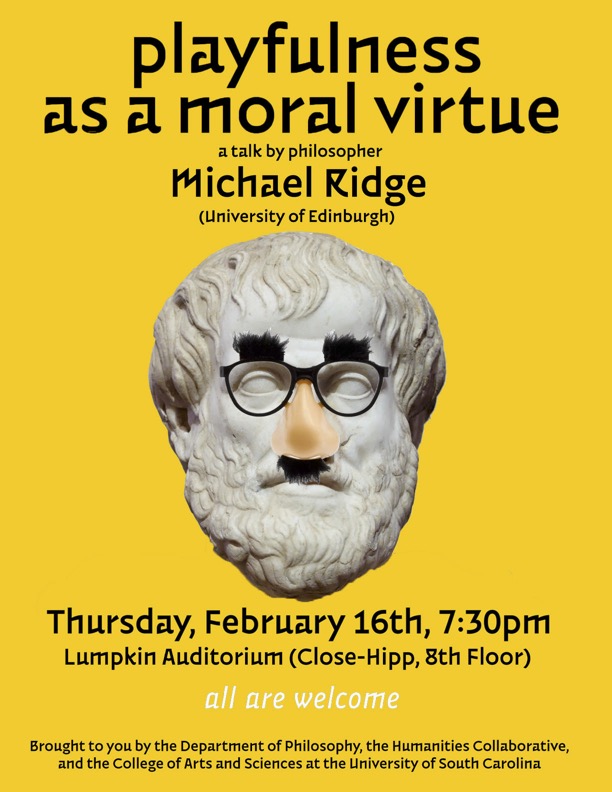 "Playfulness as a Moral Virtue" with Michael Ridge (University of Edinburgh)

"The Wife of Bath: A Biography" with Marion Turner

Turner is J.R.R. Tolkien Professor of English Literature and Language at Oxford University. She is the author of the award-winning Chaucer: A European Life (Princeton University Press, 2019). Her talk will be based on her new book, The Wife of Bath: A Biography (Princeton, 2023), a one-of-a-kind history of the literary and feminist icon from the Canterbury Tales who continues to capture the imagination of readers.

Past Lectures, Events, and Book Talks