The Humanities Collaborative is sponsoring seven groups for the 2022-2023 academic year . These groups are pursuing public, critical, creative, or digital humanities projects, as well as sponsoring programming that reaches undergraduate- and graduate-student audiences.

Current groups are conceived expansively, to include critical workshops, works-in-progress, and public outreach. Please check back soon for more details about each group and their upcoming events!

Note: University departments or affiliations are listed in parentheses.

The Comics Studies at USC Working Group is an interdisciplinary collaboration that works to support the USC community in the study and teaching of comics and to aid in the development and use of USC’s significant comics-related resources. The group seeks to build from these resources to establish USC as a hub for comics studies and comics culture throughout the state and region. During the next year the group envisions taking steps to augment the existing network of faculty, students, and practitioners around USC, enhancing the accessibility and encourage the use of the University Libraries’ remarkable comics collections, and provide a forum to discuss and present both the work of the group’s members as well as key innovations and interventions in comics studies and practice.

The Critical Ecologies Lab is an interdisciplinary collaboration that analyzes the environment through the lenses of culture, history, and political economy. We are group of geographers, anthropologists, and historians working at the intersections of political ecology, environmental history, science and technology studies, economic and political geography, and environmental anthropology. Our interests are broad but united by a shared commitment to bringing critical perspectives to bear on environmental issues.

This collaborative effort engages students from backgrounds currently underrepresented in archaeology. We will facilitate undergraduates at USC and local HBCUs who are interested in archaeology to participate in career-building programs, such as speaker networking events, professional conferences, and field schools. These efforts aim to reduce structural barriers preventing inclusion and to establish trajectories for students to enter archaeology graduate programs.

The Humanities Professions Workgroup supports graduate students at all levels as they think about the professional challenges and opportunities posed by a changing academic job market. Its goal is to help nurture an interdisciplinary community of faculty and students interested in thinking together about these changes, offering support and training as well as an interdisciplinary forum for considering how different modes of professionalization might transform how we think about the humanities in general. The group will address these professional questions in practical as well as theoretical ways, investigating a diverse range of career pathways inside and outside higher education while also exploring how these pathways might change the way we conceptualize our research programs.

Classically, the study of perception aims to understand its limits – what is the lowest level of physical stimuli that can be detected. It seeks to define thresholds, the boundaries between the visible and invisible. The topic of (in)visibility within the humanities can take on many meanings, such as the thresholds between public and private spaces, the believed and ignored, the shown and hidden, surface and depth, the masked and unmasked. Our collaboration bridges the science and philosophy of perception with the aesthetics and physicality of making, as we question the meaning of visibility and invisibility, culminating in a public exhibition and symposium. We hope to understand how the line between states of visibility and invisibility may be both marked and mutable, and open points of critical inquiry within the present cultural moment.

Despite its historic and contemporary importance, lumbering, manufacturing, and conserving South Carolina’s forests had been grossly under researched until this year, when members of this group began meeting to share findings and generate content for a new anthology that will, we believe, not only shift the narrative about the industrial history of the state but also launch important efforts in environmental humanities and other fields. The timing is auspicious as we approach the confluence of several notable anniversaries: the 2024 centennial of the death of the Chicago lumberman whose will established the Francis Beidler Charitable Trust that, in the 1970s, facilitated the creation of both Congaree National Monument/Park and SC Audubon’s Francis Beidler Forest, each of which will soon mark their 50th anniversaries and the 2027 centennial of the founding of South Carolina’s Forestry Commission, an important state agency that presaged South Carolina Parks.

SouthernGauge is a film screening series in Columbia, SC that brings experimental, independent, and new cinema to the greater Columbia area. Bringing together faculty and staff from the Moving Image Research Collection, School of Visual Art and Design and Data and Communication, SouthernGauge celebrates the underground and the experimental while also fostering community collaboration through regular 16mm and digital screenings and new media experiences throughout the city.

Despite a destructive series of colonial invasions, revolutions, and internal wars, in the twentieth century the transpacific region saw an unprecedented increase in the number of creative collaborations that crossed national, linguistic, and cultural boundaries. The intermingling of creative and political enterprises has often served as a subject of public scorn and intellectual dismissal, especially in instances of cultural collaboration produced by creative artists compelled to interface with adversarial political entities or ideologies, but recent scholarship attempts to transcend historical biases and limiting models of rigid dichotomies. Through a series of monthly seminars throughout the 2021-2022 academic year, the members of this research group hope to collectively develop robust and flexible theoretical frameworks for analyzing the creative potentials of artistic and political collaborations in the region. Our efforts will culminate in the fall of 2022 with a research project workshop and multiple guest speaker public events. 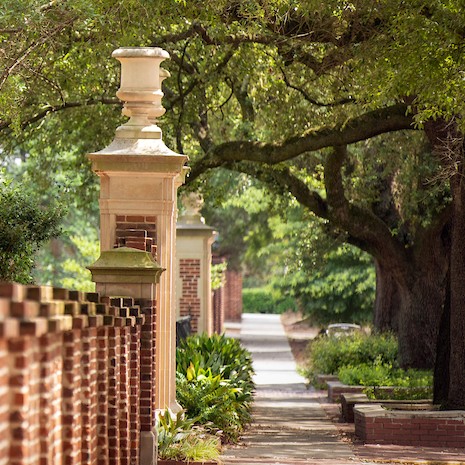 Throughout the year, our research groups offer meetings, consortiums, and informational sessions. Details will be posted on our News and Events page and Twitter account as these meetings are announced.