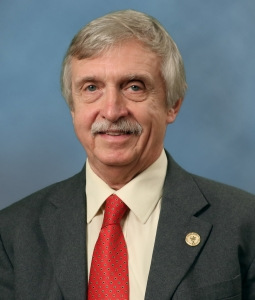 Dr. Hébert received his masters’ degree in Environmental Health and Epidemiology from the University of Washington and his doctorate in Nutritional Epidemiology from Harvard University. Since coming to the University of South Carolina in 1999, he has received 51 federally funded grants focusing on diet and other risk factors and cancers of various anatomic sites. These include breast, cervical, colorectal, prostate, and those of the upper aerodigestive tract. In September 2003, Dr. Hébert became the Founding Director of the South Carolina Statewide Cancer Prevention and Control Program. Besides being Co-Principal Investigator of the South Carolina Cancer Prevention and Control Research Network II he was Principal Investigator of the NCI-funded South Carolina Cancer Disparities Community Network from 2005 to 2017. Of relevance to networking, as of mid-October 2019 Dr. Hébert has published over 650 papers in peer-reviewed journals with 1592 different individuals from 364 different institutions (not just different departments within an institution). Relevant to the networking and interdisciplinary research goals of the SC-CPCRN, these efforts have usually involved one or more other individuals from USC, represent work that crosses numerous disciplinary boundaries, and involves the institutions in intellectual and technology transfers to great mutual benefit. Many current and former protégés are part of these collaborations. To illustrate, in the past 12 years, Dr. Hébert has published 363 papers (listed in the National Library of Medicine database as of 23 October 2019) including the names of individuals who are trainees or former trainees 965 times (in many instances these individuals are listed as the first author of the paper).