Bestowing just a handful of Breakthrough Leadership in Research Awards on USC faculty members each year, the Office of the Vice President for Research chose only six recipients this year from nominations across the University. Required qualifications include successful mentorship of junior faculty, establishment of research centers with university-wide impact, promotion of research to K12 students, community engagement, and creating programs aimed at increasing diversity.

The Department of Communication Sciences and Disorders’ (COMD) Julius Fridriksson exceeded these criteria, rounding out an extremely successful year when he was selected for the elite award. Fridriksson kicked off 2016 by receiving one of the largest research grants ever funded at UofSC—an $11.1 million P50 grant from the National Institutes of Health to create the Center for the Study of Aphasia Recovery. A few months later, the USC Health Sciences Distinguished Professor was named S.C. SmartState Endowed Chair of Memory and Brain Function for the SeniorSMARTTM Center of Economic Excellence.

He has also been instrumental to establishing the Gerry Sue and Norman J. Arnold Institute on Aging, leading the Arnold Brain Fitness Initiative of the Institute to help older adults preserve cognitive health. Meanwhile, the research in Fridriksson’s Aphasia Laboratory has continued, studying brain health and post-stroke communication problems and churning out publications that reveal the revolutionary work of his team.

Dr. Fridriksson’s research offers great hope for these stroke survivors, and his commitment and dedication to research, education and outreach programs is unparalleled.

“Dr. Fridriksson has devoted his entire research career to improving the lives of individuals living with chronic aphasia, the impairment to communication abilities that results from strokes,” says COMD Chair Kenn Apel. “He has several lines of research within this area, all of which are cutting-edge, innovative, and leading the field into new directions scientifically and clinically.”

Though Fridriksson has had a record year in terms of awards and achievements, he’s been steadily leading at the forefront of his field since he came to the Arnold School for his first faculty appointment in 2001. During this time, he has mentored numerous junior faculty and graduate students. He has also built a substantial stroke survivor support group—which meets weekly for peer interaction and behavioral therapy. Including last year’s P50 grant award, Fridriksson has brought in more than $20 million in federal awards as the principal investigator and published more than 80 peer-reviewed papers.

“Dr. Fridriksson’s research offers great hope for these stroke survivors, and his commitment and dedication to research, education and outreach programs is unparalleled,” says Dean Thomas Chandler. “He has published extensively and has assembled a team of co-investigators that are unrivaled in their abilities to attack this problem. Dr. Fridriksson has earned the respect of his peers and recognition as a world leader in neuroscience and cognitive rehabilitation research.”

Dr. Fridriksson is a true scholar and scientist who excels in research, shows leadership by mentoring junior faculty, and ensures his research findings are accessible and obtained by the very community members who drive his research agenda.

This recognition includes his various professional appointments and multiple honors. Fridriksson has received the Arnold School of Public Health Faculty Research Award both in 2010 and 2016—the only faculty member to have won the award twice since it was established in 1990. He received the Louis M. DiCarlo Award for Clinical Advancement from the American Speech-Language-Hearing Foundation (2011). In 2010, he was named a Health Care Hero in Research by the Columbia Regional Business Report.

“Dr. Fridriksson is a true scholar and scientist who excels in research, shows leadership by mentoring junior faculty, and ensures his research findings are accessible and obtained by the very community members who drive his research agenda,” says Apel. “I cannot think of a more worthy faculty member to be recognized with the Breakthrough Leadership in Research Award.” 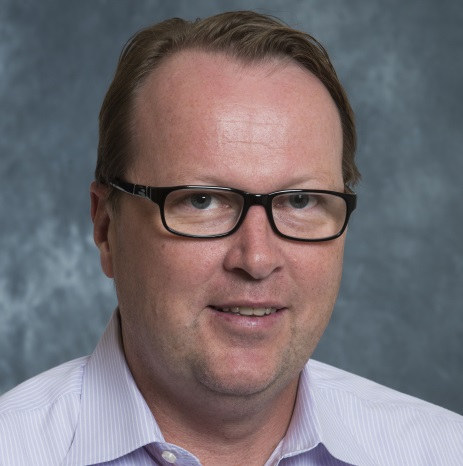