Nine months after Norman J. and Gerry Sue Arnold announced their $7 million gift to establish an Institute on Aging at the Arnold School of Public Health, efforts to advance the Arnolds’ vision to improve aging across the lifespan are well under way (Norman J. Arnold is pictured above announcing the gift at the 2015 press conference). The gift is the second multi-million dollar contribution from the local business leader and his wife. Their first gift, $10 million in 2000, gave the Arnold School the distinction of being a named school—the third school of public health in the U.S., and the first at a public university, to have this honor. The Gerry Sue and Norman J. Arnold Institute on Aging is dedicated to both scholarly research and accurate information sharing on aging, and it targets our two most vulnerable populations: children and older adults.

Ranked 42nd in overall health among all 50 states, one in four adults in South Carolina are physically inactive. Two out of every three adults are considered overweight or obese, with younger generations (i.e., adolescents) already experiencing similar rates. The prevalence of obesity has more than doubled in the past 25 years with no signs of this trajectory slowing down. Similarly, Alzheimer’s is expected to increase by 42.9 percent in South Carolina over the next 10 years, and this figure does not include other forms of dementia and cognitive decline. Alzheimer’s is currently the 6th leading cause of death in South Carolina, and the cost of caring for individuals with Alzheimer’s or other dementias in the United States is an estimated $236 billion in 2016 alone—projected to increase to $1.1 trillion by 2050.

Overweight and obesity are easier to prevent than reverse, and children who are overweight or obese are more likely to be that way during adulthood. Focusing on prevention early is therefore key to reducing the number of individuals with an unhealthy weight later.

Organized by Associate Professor of Exercise Science Michael Beets, the Arnold Childhood Obesity Initiative of the Institute will focus on increasing physical activity and healthy eating among school-aged children. Instilling healthy habits in children promotes healthy aging throughout the lifespan, which is why it is so critical to focus on this particular population.

“Overweight and obesity are easier to prevent than reverse, and children who are overweight or obese are more likely to be that way during adulthood,” says Beets, who currently has three large-scale National Institutes of Health grants related to obesity prevention. “Focusing on prevention early is therefore key to reducing the number of individuals with an unhealthy weight later.”

The new Institute is supporting a marquee community-focused Childhood Obesity Prevention lecture series and funding a competitive Emerging Scholar in Childhood Obesity Graduate Student Research Award. It is also funding several pilot projects that USC faculty are working hard to turn into much larger national grants. Some of these projects include developing instruments for assessing the amount of physical activity that children actually engage in during the school day and determining additional ways to help children meet their daily recommended physical activity (i.e., 60 minutes) as prescribed by the national Physical Activity Guidelines for Americans. They are also focused on helping children consume healthful foods and beverages to meet the Dietary Guidelines for Americans. The team looks at multiple timeframes—during and after the school day as well as throughout the summer months.

Elementary schools had begun to make some progress toward increasing physical activity during the day, but there has since been pressure to reduce traditional physical activity opportunities, such as physical education and recess, due to testing and other school system requirements.

Exercise Science Professor Russell Pate, who helped lead development of the U.S. National Physical Activity Plan and is serving his second term on the national Physical Activity Advisory Committee, is also conducting ground-breaking research to increase physical activity among children (e.g., preschoolers, Healthy Communities Study) through his Children’s Physical Activity Research Group. In addition, numerous Arnold School researchers involved in the Arnold Institute on Aging are key contributors to Scale Down, a concerted statewide effort focused on implementing the South Carolina Obesity Action Plan. Academic programs across the School are training public health professionals in how best to engage the community in healthy eating and physical activity. For example, the Master of Public Health in Physical Activity and Health degree, which was established just after the Arnolds made their first gift in 2000, was the first of its kind in the nation to be based on the beneficial effects of physical activity on human health and wellness.

As the population ages, teaching children to value and engage in healthy habits paves the way for healthy aging in older adults. Meanwhile, both current and future generations are at risk for numerous health challenges as they age. In addition to age- and weight-related chronic diseases (e.g., hypertension, type 2 diabetes), which obesity prevention helps thwart, cognitive decline is one of the most pervasive and growing public health concerns for older adults.

The Arnold Institute on Aging will help us conduct some very important research for which we currently have no funding available.

Communication Sciences and Disorders (COMD) Professor Julius Fridriksson has dedicated his career to brain health and leads the Arnold Brain Fitness Initiative of the Arnold Institute on Aging. Already the principal investigator of an $11.1 million NIH grant to establish the Center for the Study of Aphasia Recovery and the SmartState Endowed Chair of Memory and Brain Function for the SeniorSmart Center of Economic Excellence, Fridriksson sees the Institute as an absolute necessity for advancing healthy aging.

“The Arnold Institute on Aging will help us conduct some very important research for which we currently have no funding available,” he says. “We are interested in looking at lifestyle factors, such as hypertension, diet and type 2 diabetes, to determine how they affect cognitive decline. For example, we know that hypertension is related to cardiovascular health, but we rarely think about how it may be related to Alzheimer’s disease or other types of cognitive decline even though these factors are probably connected. What we’d like to do is preserve brain health by learning about these links so we can promote healthy aging.”

Fridriksson’s stroke recovery efforts will expand with his new Center to focus on customizing prognosis and treatment plans. He’s joined by numerous collaborators, including COMD Associate Professor Dirk den Ouden, who has worked with College of Science and Engineering colleagues to develop a video game for improving post-stroke speech. Roozbeh Behroozmand, also a COMD researcher, looks at brain activity, including the development of new treatment options for those with Parkinson’s disease.

Healthy aging must become a national priority—one that supports both aging adults and their caregivers. The new Arnold Institute on Aging will really advance the opportunities for synergy around healthy aging and help support and highlight these critical partnerships.

Outside the laboratory, the translational work continues in other areas of the Arnold School’s Institute on Aging. The Office for the Study of Aging has faculty affiliates from across the School and the University as well as vital state-level partnerships, such as their long-standing contractual support and collaboration with the Department of Health and Human Services. The Office’s Dementia Dialogues Program has trained over 20,000 South Carolinians who serve as caregivers for persons who exhibit signs of Alzheimer’s or other related dementias. The Office launched a national rollout of this program last year. They also maintain the South Carolina Alzheimer’s Disease Registry, the most comprehensive registry of its kind in the nation, and partner with the South Carolina Lieutenant Governor’s Office on Aging to coordinate the South Carolina Vulnerable-Adult Guardian ad Litem Program.

In parallel with growing the Arnold Institute on Aging, the Arnold School is investing new energy and resources into the Office for the Study of Aging to expand its partnerships, programs and impact. Daniela Friedman, chair of the Department of Health Promotion, Education, and Behavior, will be providing new leadership for the Office to advance the focus on healthy aging even further.

Friedman has expertise in research as well as the translation of research into practice applications. She is a nationally recognized thought leader on healthy aging and the principal investigator for the South Carolina Healthy Brain Research Network, which not only conducts research on healthy aging but also engages partners by hosting events (e.g., webinar on cognitive aging, forum on brain health) and launching initiatives such as FriendShip, a non-profit that helps seniors age-in-place.

“Healthy aging must become a national priority—one that supports both aging adults and their caregivers,” says Friedman. “The new Arnold Institute on Aging will really advance the opportunities for synergy around healthy aging and help support and highlight these critical partnerships.”

Collectively, these diverse yet complementary activities in support of healthy aging across the lifespan point to the Arnold School as the ideal vehicle for developing the new Arnold Institute on Aging. The Institute is building on current activities within the School and serving as a catalyst to accelerate and increase partnerships, research, and funding opportunities related to healthy aging, both statewide and nationally.

The Arnolds’ first gift helped elevate the Arnold School to one of the most productive and well-recognized public health colleges in the nation. That gift also made a major impact on the University and the state.

In addition to their very generous monetary gifts to our students and faculty, the Arnolds have also been visionary in their insistence that we focus on healthy aging across the lifespan as the best way forward to prevent the many disturbing chronic health issues facing our nation. A shared focus of resources, time and effort on each end of the lifespan will have immediate benefits in this regard, and for generations to come.

-Thomas Chandler, Dean of the Arnold School of Public Health

Now their second gift has the potential to make an even greater impact. As population demographics continue to change, healthy aging with particular attention to obesity prevention and brain fitness, will continue to grow in importance. The Gerry Sue and Norman J. Arnold Institute on Aging is already generating synergy in these areas and providing new opportunities for research and research translation, resulting in lasting improvements for the state of South Carolina and beyond.

“In addition to their very generous monetary gifts to our students and faculty, the Arnolds have also been visionary in their insistence that we focus on healthy aging across the lifespan as the best way forward to prevent the many disturbing chronic health issues facing our nation," says Dean Thomas Chandler. "A shared focus of resources, time and effort on each end of the lifespan will have immediate benefits in this regard, and for generations to come.” 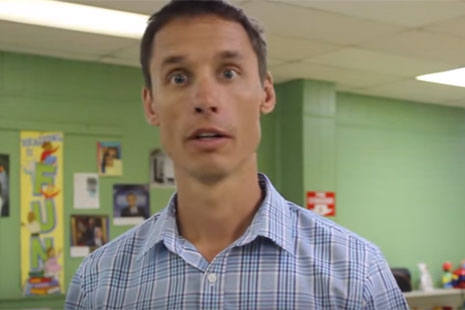 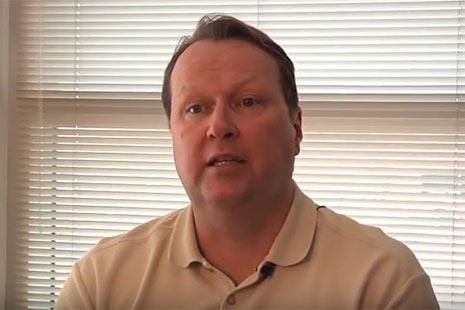 The Arnold Childhood Obesity and Arnold Brain Fitness Initiatives have been moving forward according to wishes of Gerry Sue and Norman J. Arnold nine months after they announced $7 million gift to establish the Arnold Institute on Aging in 2015.