On the heels of his $11.1 million grant from the National Institutes of Health (NIH) to establish the Center for the Study of Aphasia Recovery, USC Health Sciences Distinguished Professor Julius Fridriksson (Department of Communication Sciences and Disorders) has been named the S.C. SmartState™ Endowed Chair of Memory and Brain Function (i.e., SMARTBrain™ Chair) for the SeniorSMART™ Center of Economic Excellence.

Established by South Carolina’s leading research universities (i.e., Clemson University, Medical University of South Carolina, University of South Carolina), the core of the of the SmartState Program is its approximately 55 Centers of Economic Excellence, which are organized into six clusters. The Program also supports SmartState Endowed Chairs (with now five* of them holding primary appointments with the Arnold School)—world-renowned scientists and engineers who lead the Centers. The SmartState Program provides between $2 and $5 million in funding via the S.C. Education Lottery, which the Centers must match dollar-per-dollar with support from non-state partners. Since its inception in 2002, the SmartState Program has created 10,000 jobs and secured more than $1.5 billion in investments from non-state partners.

The SeniorSmart Center is a part of the Program’s biomedical cluster. It was established in 2007 to address the health issues that will be amplified as the over-65 population experiences a dramatic increase as the Baby Boomers age. Aimed at fostering independence for this age group, the SeniorSmart Center takes a three-pronged approach. SMARTBrain, led by Fridriksson, will help seniors maintain intellectual activity. SMARTWheels™, which will be led by a yet-to-be-named Endowed Chair from Clemson University, will promote independence and mobility outside the home. And SMARTHome™, led by the College of Social Work’s Sue Levkoff,who is also partnering with Arnold School researchers on the S.C. Healthy Brain Research Network, will focus on maintaining mobility for seniors inside their homes.

Fridriksson, who is already familiar with the SmartState Program through his frequent collaborations with USC Professor of Psychology and SmartState Endowed Chair in Neuroimaging Chris Rorden, is well prepared to expand his work to SmartState arena. The recipient of both the Arnold School’s 2010 and 2016 Faculty Research Award, Fridriksson began his research on the neurophysiology of aphasia recovery at the Arnold School 15 years ago when he created his Aphasia Lab at the start of his first academic appointment.

The Aphasia Lab has grown to now encompass Fridriksson’s aforementioned NIH grant and it will continue to grow now that he will be leading the SMARTBrain component of the SeniorSMART Center. “All of these facets will focus on stroke recovery and how the brain ages in general,” says Fridriksson. “We will leverage the resources from all of these projects to enhance how they work independently and together to improve stroke recovery and intellectual aging.”

Another one of Fridriksson’s resources is the USC McCausland Center for Brain Imaging. As co-director of this cutting-edge facility, he is able to perform high-resolution brain imaging using the Center’s magnetic resonance imaging (MRI) system. The newly endowed Gerry Sue and Norman J. Institute on Aging provides yet another critical piece of the puzzle in Fridriksson’s mission to improve outcomes for stroke survivors and improve healthy aging.

Despite all of the resources and infrastructure Fridriksson has amassed, it’s the people he values most—both the patients and his team. “These projects and this funding will help us make a difference in aphasia research because it allows us to fund postdocs, graduate students, and staff,” he says of his team, which will be instrumental in carrying out the research and scholarship he leads. “Hiring students makes the world go round.”

Center for Reconstructive and Rehabilitative Sciences

John Brooks (Health Services Policy and Management) is the Endowed Chair for the Center for Reconstructive and Rehabilitative Sciences, which conducts research in tissue-engineered materials and implantable devices that will help the thousands of people who suffer from orthopedic maladies each year.

Julius Fridriksson (Communication Sciences and Disorders) is the Endowed Chair of Memory and Brain Function for the SeniorSMART Center, which focuses on fostering independence for senior citizens through maintaining intellectual activity as well as mobility inside and outside the home.

Center for Environmental Nanoscience and Risk

Jamie Lead (Environmental Health Sciences) is the Endowed Chair for the Center for Environmental Nanoscience and Risk, which investigate the effects and behaviors of manufactured and natural nanoparticles in the environment and subsequent effects on environmental and human health.

Xiaoming Li (Health Promotion, Education, and Behavior) is the Endowed Chair in Clinical Translational Research for the Center for Healthcare Quality, which works to improve the safety, effectiveness, and affordability of healthcare in South Carolina.

Delia West (Exercise Science) is the Endowed Chair for the Technology Center to Promote Healthy Lifestyles, which is focused on research to develop and evaluate health promotion programs that encourage healthy lifestyles and reduce risk of disease by incorporating technology. 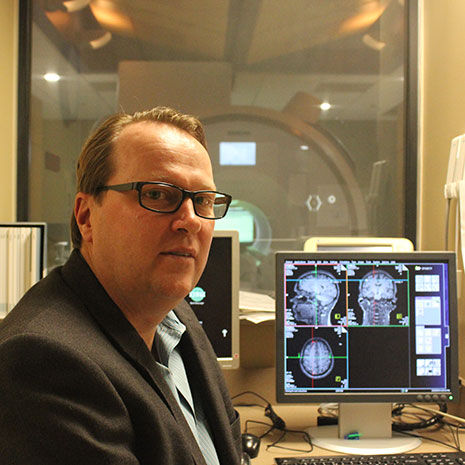 Julius Fridriksson has been named the SmartState Endowed Chair of Memory and Brain Function for the SeniorSMART Center of Economic Excellence.