Brie Turner-McGrievy, associate professor of health promotion, education, and behavior and deputy director for the South Carolina SmartState Center Technology Center to Promote Healthy Lifestyles (TecHealth), has been awarded $3.4 million from the National Institute of Diabetes and Digestive and Kidney Diseases. Turner-McGrievy and other scientists* at the UofSC Prevention Research Center and from across the Arnold School will use the five-year R01 grant to increase dietary quality and reduce type 2 diabetes risk among African Americans by ensuring the cultural relevance of the dietary patterns recommended by the United States Dietary Guidelines.

The guidelines’ recommendation of three specific dietary patterns (i.e., Healthy U.S.-Style, Healthy Mediterranean-Style, Healthy Vegetarian) is based on research with significant limitations. The studies that have been used to inform the guidelines and patterns have been largely observational (e.g., self-reports among individuals who have already adopted a particular eating pattern) and have focused primarily on the U.S.-Style pattern, with most of the Mediterranean-Style studies conducted in Spain. Further, this research has focused on mostly white populations.

“In addition to the research limitations related to study design and participants, there has been very limited cultural tailoring of these dietary patterns that would ensure that these diets are acceptable to diverse populations,” Turner-McGrievy says.

The team will address these limitations with a three-part study that uses a randomized, community-based design focused on and partnering with African Americans – the most understudied and at-risk population in previous dietary patterns research. While most U.S. adults are not currently meeting the nutrition recommendations (e.g., fruit/vegetable/whole grain intake) set forth by the national guidelines, African Americans, particularly those living in the South, have lower diet quality scores and experience a disproportionate burden of chronic disease (e.g., type 2 diabetes, heart disease) compared to Whites and Hispanics.

The first part of the study will involve engaging African Americans in a three-month randomized trial with participants adopting one of the three dietary patterns using existing materials (e.g., flyers, infographics, reports, recipes) provided by the 2020-2025 Dietary Guidelines for Americans. During the second phase, the team will draw on the participants’ feedback and experiences in adopting one of the dietary patterns using the existing materials. The researchers will supplement this feedback with additional qualitative work to refine existing materials and develop new ones (e.g., podcasts, social media groups) that are culturally relevant and appealing to African Americans.

The third part of the study will use these revised/new materials to conduct a one-year intervention for approximately 200 participants who have been randomized to adopt one of the three dietary patterns that have been culturally tailored. In both the first and third phases of the study, the researchers will collect information related to diet quality, weight status and risk factors for diabetes (e.g., blood pressure, HbA1c).

“The goal of the U.S. Dietary Guidelines is to get people to adopt healthier diets, but there are a limited number of supporting materials available to facilitate the adoption of the proposed dietary patterns – particularly the Mediterranean and Vegetarian patterns – and in ways that are culturally relevant for non-White populations such as African Americans,” Turner-McGrievy says. “Our goal is to use a robust study design to develop culturally relevant materials that can be used both broadly and in specific health interventions.”

A diet of health. Public health scientist focuses on effective diets that do more than drop pounds 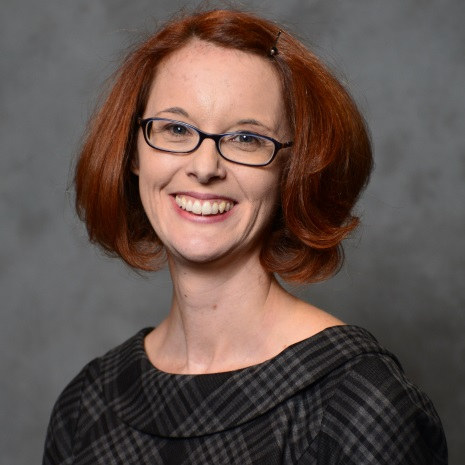 Brie Turner-McGrievy is an associate professor in the Department of Health Promotion, Education, and Behavior and the deputy director for the South Carolina SmartState Technology Center for Healthy Lifestyles.