Shawn Arent, professor and the chair of the Department of Exercise Science, has been elected as an Active Fellow in the National Academy of Kinesiology. In addition to promoting the study and educational applications of physical activity, the Academy’s other purpose is to honor individuals who have made significant contributions to the advancement of the field. Arent was selected for this recognition due to his commitment to exercise science, kinesiology and public health. Other Arnold School faculty members who have joined its elite ranks include Steven Blair, Russell Pate, Sara Wilcox, and Larry Durstine.

“Election into the Academy is a sign of the high esteem and respect your peers hold for your scholarship and leadership in the field,” said National Academy of Kinesiology David Perrin, who will preside over the induction of Active Fellows at the organization’s annual meeting this fall. “Congratulations on achieving one of the highest honors our field can offer.”

Arent is a sports scientist and exercise physiologist with more than two decades of research, teaching and leadership experience. He became interested in kinesiology after his multi-sport career came to an end following his graduation from the University of Virginia.

To stay involved in sports, Arent earned master’s and doctoral degrees in exercise science at Arizona State University. He spent the next 17 years at Rutgers University’s Department of Kinesiology and Health studying the relationship between physical activity and stress and the implications for health and performance.

After joining the Arnold School in 2019 to lead the exercise science department, Arent established the UofSC Sport Science Lab to continue this work. With a focus on understanding the underlying endocrine mechanisms and biomarkers related to inflammation and the HPA axis (i.e., the intertwining of the central nervous and endocrine systems), Arent’s research examines the benefits for resistance training and nutritional interventions for improving functional capabilities, mental health states, and stress responses. His studies frequently engage special populations, such as athletes, military, adolescents and individuals with chronic health conditions.

“This is a tremendous honor and means a lot to me. I’m humbled to have even been nominated for this and now be able to join so many that I have such respect for and who have influenced my career as a Fellow in NAK,” says Arent. “I am very fortunate to get to do what I love – it’s just an added bonus to be recognized for it! I also take great pride in being able to positively represent the University of South Carolina.”

Other recent honors Arent has received include the Lifetime Achievement Award from the U.S. Army 3-314th Field Artillery Thunder Battalion (2016), Directors Award for Scientific Excellence from Rutgers University (2016) and William J. Kraemer Outstanding Sport Scientist of the Year from the National Strength and Conditioning Association (2017). He is also a Fellow in the American College of Sports Medicine and both Fellow and president of the International Society of Sports Nutrition. He has represented the Big Ten to the National Collegiate Athletic Association’s Committee on Competitive Safeguards and Medical Aspects and is a senior associate editor for four exercise science journals. 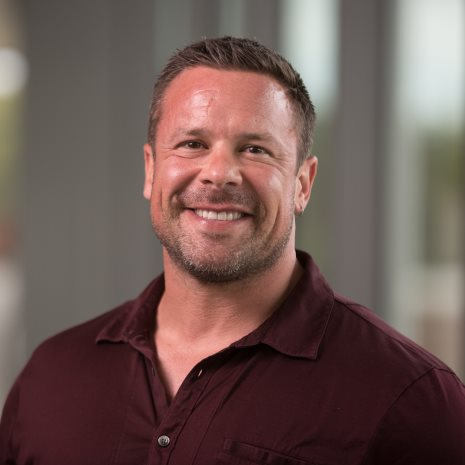 Shawn Arent is a professor in and chair of the Department of Exercise Science. He is also the director of the UofSC Sport Science Lab.