Research led by assistant professor of epidemiology Nansi Boghossian and associate professor of biostatistics Marco Geraci has examined racial differences in outcomes of infants less than 30 weeks gestation. The team, which included scientists from multiple institutions, found that despite a decrease over time, racial and ethnic disparities in quality care among infants continue to persist. Their findings were published in Pediatrics (see an editorial on their paper).

“Being born extremely preterm is a major contributor to infant mortality and severe morbidities that incur a substantial cost burden to the health care system,” Boghossian says. “Fortunately, rates of in-hospital mortality and several major morbidities among these preterm infants have been declining, with changes in perinatal and postnatal care practices cited as potential causes for these decreases. However, little is known on how such changes in care practices and decreases in adverse newborn outcome rates relate to race and/or ethnicity.”

The authors believe that this knowledge is essential to understanding whether disparity gaps in care and outcomes of newborn infants are narrowing. This information is especially critical for the African American population, because infants in this minority group are three times more likely to be born extremely preterm compared to white infants. Further, preterm-related causes contribute to 55 percent of the mortality rate disparity between African American and white infants.

The researchers funded by the National Institutes of Health examined data on more than 220K infants born between 22- and 29-weeks’ gestation at nearly 800 NICU centers participating in the Vermont Oxford Network, a voluntary worldwide network focused on quality improvement, between 2006 and 2017. They compared African American and Hispanic versus white infants by birth year to determine if the overall decrease in hospital mortality and severe morbidities has benefited infants of minority compared to infants of white mothers.

“That the quality deficit among minority infants occurred for several care practice measures and potentially modifiable health outcomes suggests a critical role that quality improvement initiatives can play if tailored to hospitals serving minority populations,” Boghossian says. The team encourages continued research to assess care and outcome trends for preterm infants to ensure that infants of all racial and ethnic backgrounds benefit equally from medical developments. 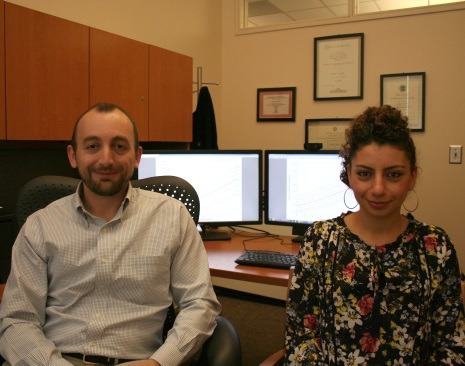 Nansi Boghossian (right) and Marco Geraci are faculty members in the Department of Epidemiology and Biostatistics.